Geisel Stud graduate War Jeune was up for a fight in the Sky Racing Provincial Championship (1400m) at Belmont on Saturday.

The Steve Wolfe-trained gelding was under siege in the straight but kept lifting to score by a nose from Le Patron with another nose to Rikki Tikki Tavi.

“He got his head up right on the line and I thought we got beat,” jockey Shaun McGruddy admitted.  “He had a sore back at the start of this prep and Steve took time until he was right.”

Wolfe kept a share as did Geisel Park owner Eddie Rigg in a syndicate that includes John Sandford, Mick Brazier and breeder Ron Sayers.  “I thought he had just hung on but I’ve been wrong a few times lately,” Wolfe said.  “He’s a nice type and will get a mile as he gets older.”

Geisel Stud has catalogued weanlings by Therock & Snippetson and yearlings by Universal Ruler & Proart for the Perth Winter Sale on Sunday, June 25.  The Proart filly is the first foal of Perth stakes performer Shezapro. 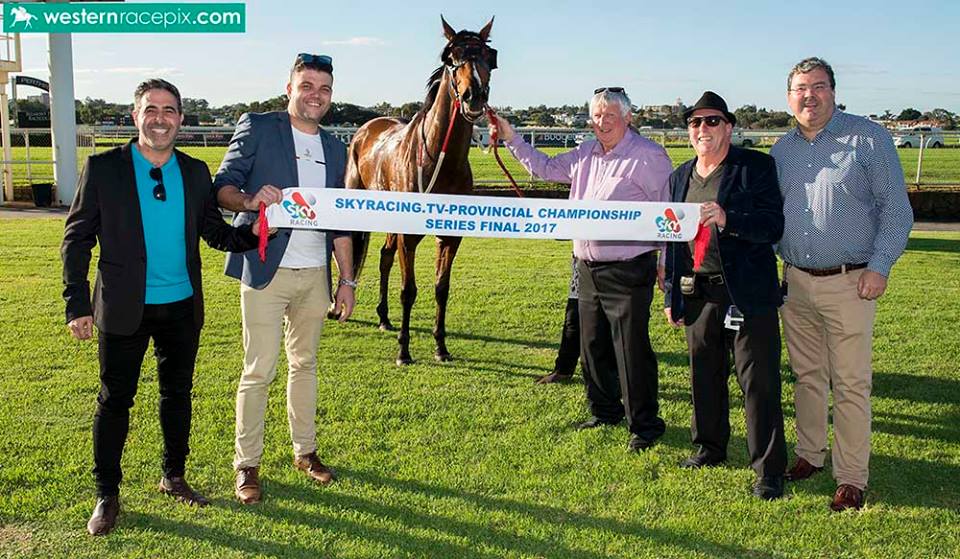