Yarradale Stud has released the catalogue for its annual yearling sale at Gidgegannup on Sunday, May 21.

The on-site sale comprises 36 lots and Yarradale sires have come to the party with a rush of winners in the last week.

A colt from the final crop of Discorsi (Lot 22) is a younger half-brother to Mongolian Warlord (War Chant) who won his penultimate start for Steve Wolfe at Albany.  Discorsi struck again on Saturday when his very promising 3yo Salorsci completed a hat-trick at Ascot.

They aren’t making any more by Scandal Keeper, either, and his colt from Sercidium (Lot 4) is another from the family of Playcidium Mint.

Scandal Keeper filly Quilista was a Listed winner of the WA Breeders 3YO Classic at Bunbury in March and he followed up with The Diary (Ascot), Marega (Albany) and Senorita Bonita (Kalgoorlie) last week.

The are 5 lots on offer from the first southern-crop by Storm Cat sire City Place (USA) and, as if on cue, his top-class sprinter Stallwalkin’ Dude won again in New York on Saturday.

Stallwalkin’ Dude claimed the LR Diablo Stakes (1200m) at Belmont Park to improve his record to 18 wins in 52 starts for earnings over $1.35 million.  It was his first run back home after a troubled sixth in the G1 Golden Shaheen at Meydan when he lost a shoe in running.

“It’s only been six weeks since he came back from Dubai and everyone’s been whispering it’s a little bit too soon,” trainer David Jacobson said.  “I had some butterflies in my stomach but he’s a true warrior.” 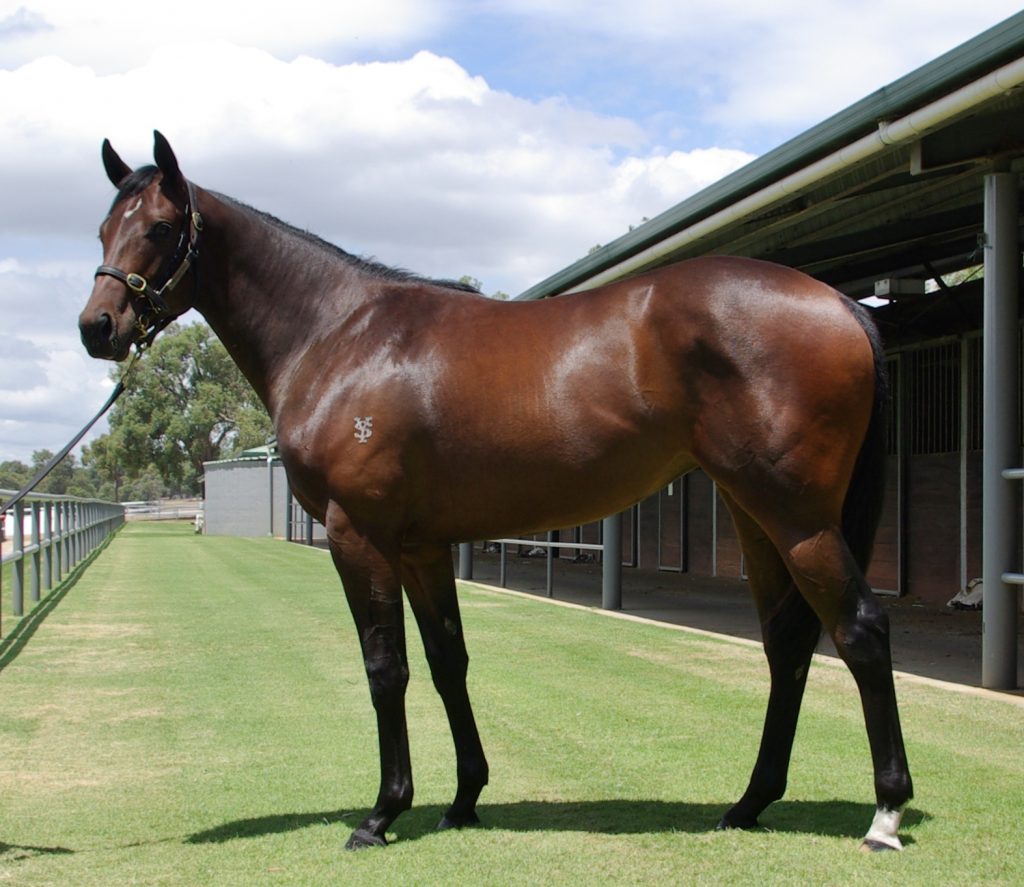