Dash For Cash and Amoroso go together like peaches and cream.

They’re proud parents of three foals – Arinosa, Onerous & Andaz – and all three have inherited a tremendous will to win.

ARINOSA was renowned for a potent finish. She reeled in top-class fields in the G2 Premiere Stakes and G2 Sapphire Stakes at Randwick before retiring to stud.

ONEROUS is a tough competitor and that was evident when he charged through a gap to win his first city sprint at Sandown last season. Team Hawkes will race him second-up after a long spell at Moonee Valley this weekend.

ANDAZ was rated a stakes horse of the future after winning a Geelong maiden last month and he’s on-track to fulfil that prediction after a gutsy win at Flemington on Saturday. The Chris Waller-trained 2yo fought back on the fence to dead-heat with Royal Phoenix in the Eugene Gorman Hcp.

“He’s made nice improvement from his debut,” stable manager Johanne Taylor said. “Things didn’t go his way today and he could have had more cover. He was quite green at his first start so to come out and battle it out to the line today was quite impressive.”

Andaz had to be checked when Olifants shifted ground when insufficiently clear approaching the course proper at headquarters. Offending hoop Andrew Mallyon was suspended for 8 meetings by stewards.

The winning trio have thrown to their grey sire Dash For Cash who has his first WA crop turning two on August 1. Amoroso (Revoque) won races at Sandown and Cheltenham for Swettenham Stud owner Adam Sangster and she has also foaled G2 Euclase Stakes winner Sweet Sherry (Bel Esprit). 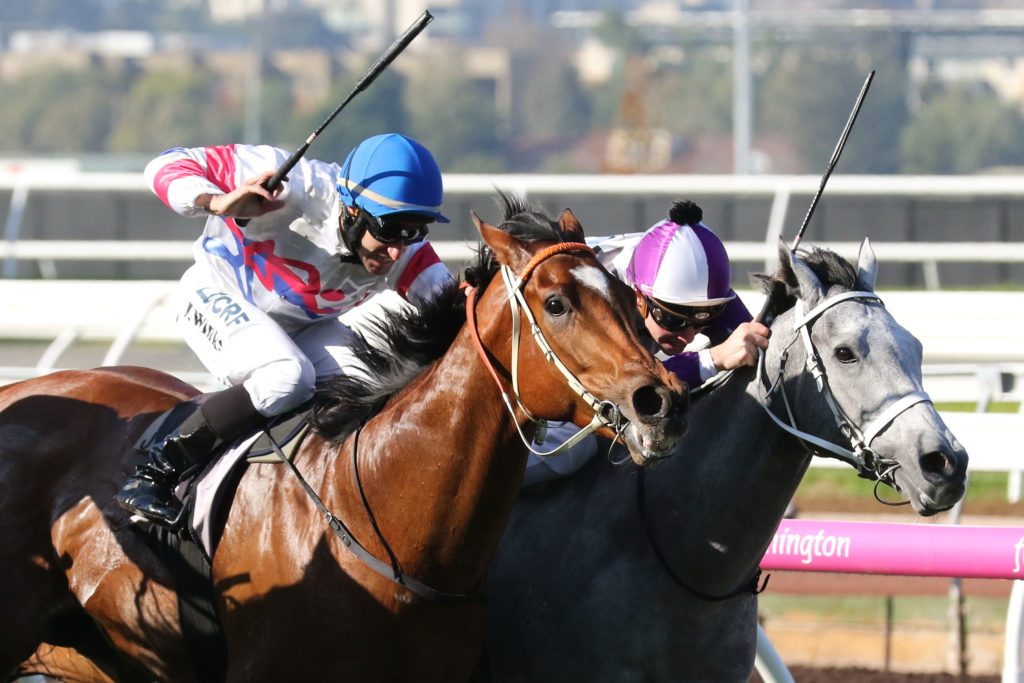