A horse vet and PhD student has told delegates at an Australian Veterinary Association (AVA) conference in Melbourne that much of the information animal rights activists use in campaigns opposing horse racing is misleading or wrong.

Dr Flash, who also owns a small equine vet practice, is examining the career profiles of Victorian-born thoroughbred foals, and investigating the risk factors for horses from 2006-16 that had a race day health event, for her University of Melbourne PhD.

Her presentation to the AVA conference discussed how misquoting of a 1995 paper by veterinarian John Bourke led to widespread and erroneous claims that only a small proportion of thoroughbred foal crops race.

Dr Flash’s foal crop study showed most horses trained (74%) and raced (65%), contradicting claims by animal activists that the racing industry is responsible for so-called ‘wastage’ due to over breeding. 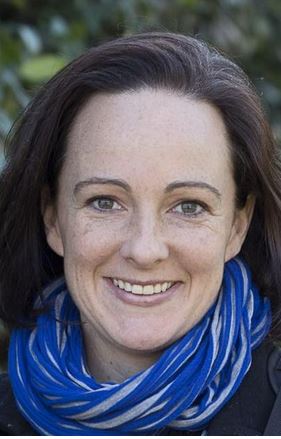 Her study found that horses that raced were re-homed (50%), became Australian Stud Book bloodstock (25%), deceased (14%), other pursuits (9%), or were still racing at the start of their 10- year-old racing season (2%). Most rehomed horses went on to pursuits like eventing, pony club, or pleasure riding.

Dr Flash’s presentation also discussed how ignoring over two decades of research has fed the myth that two-year-old racing is widespread and detrimental to horses.

Dr Flash’s finding that horses that started racing at three years or older were six times more likely to only race for one season, supports previous research that the risk of retirement deceases with a younger age of first start.

Her research also found that while one-third of the foal crop entered training as two-year-olds, only 13% raced, contradicting RSPCA claims that ‘a large proportion of thoroughbreds start their racing careers as two year olds’ (RSCPA www.kb.rspca.org.au).

“For the horse racing industry to retain its social license, researchers and regulators need to engage with the community by providing clear, unambiguous and accurate information, and correct the wrong and misleading information some groups use in their campaigns.”

“Some activists have even redefined legitimate research terms like ‘wastage’, claiming it is racing industry parlance for unwanted horses, when in in fact it is a veterinary term to describe a loss of productivity. Veterinarians and researchers need to call out this misleading behavior.”

“In this age of social media, echo chambers and post truth, we need to set our emotions aside and look at what the real facts are saying, not what the meme with the cute picture and catchy line wants you to believe.”

Dr Meredith Flash grew up riding hunter/jumpers in Texas from the age of six. Over time, she developed an interest in retraining retired racehorses for their second careers. To further this interest Meredith attended Virginia Intermont College (VIC) where she began a Bachelor of Science in Equine Studies.

While studying at VIC, Meredith was able to follow her dream of becoming a veterinarian by attending the University of Melbourne where she eventually obtained her Bachelor of Veterinary Science. In 2007, Meredith jumped at the opportunity to undertake more equine work by becoming a racetrack practitioner in the Melbourne area.

Meredith is a member of the Australian Veterinary Association and Equine Veterinarians Australia (EVA) since 2008. She is currently the Stakeholder Liaison Chair for the EVA executive committee.

In 2013, Meredith completed her training to become a certified veterinary acupuncturist. Meredith also maintains an involvement in western medicine by providing locum services for equine vet practices in the greater Melbourne area.

Meredith is a qualified FEI Treating Veterinarian and Veterinary Delegate.  She lives with her husband and two young children in Melbourne.