Home Mungrup mares in the money at Belmont

Mungrup mares in the money at Belmont

ZEINITE (Due Sasso) sat on the speed for a gutsy victory in a 1000m sprint while Danehills Daughter (Danehill Express) powered home from the back of a big field to win running away over 2100m.

The midweek results came hot on the heels of Variation’s record run this season. The Mungrup-bred 3yo won the G2 WA Guineas prior to a ground-breaking victory in the LR Belmont Guineas last Saturday.

“We’ve changed her routine and it’s working out,” Zeinite’s trainer Keith Frost said after a hard-fought victory. “I’ve stopped wrapping her up in cotton wool and told Randy (Tan) to just let her go today.”

Zeinite is raced by Donald O’Shannassy’s Matauri Syndicate and is a half-sister to Return To Rio (Oratorio) whose career was compromised by injuries following wins in his first four starts at Belmont in 2011.

Mungrup has kept a link to the family through Zeinite’s older half-sister Berk Phar (Vital Equine). She retired to stud last year and was an early cover for Dick Turpin.

DANEHILLS DAUGHTER was very impressive bringing up a Mungrup double and she also led home a quinella for the Narrikup nursery with a convincing victory over Halushi (Hala Bek).

“I knew she would get a fair way back but she’s got ability and this looked a nice race,” trainer Steve Rowe said. “She’s owned by my nephew in Kalgoorlie and, if she keeps stepping up, we could head up there in September.

“She’s got to win a Saturday race and add some (rating) points before we look too far ahead but she’s showing all the right signs.”

Mungrup Stud unveiled its revamped roster for 2017 last month with Champion 2YO sire Oratorio topping the line-up at $8,800. I’m All The Talk has his first foals due in August and is available at $5,500 while Playing God, whose first yearlings sold to $62,500 at the Perth Magic Millions in February, is priced at $4,400. All fees (inc gst). 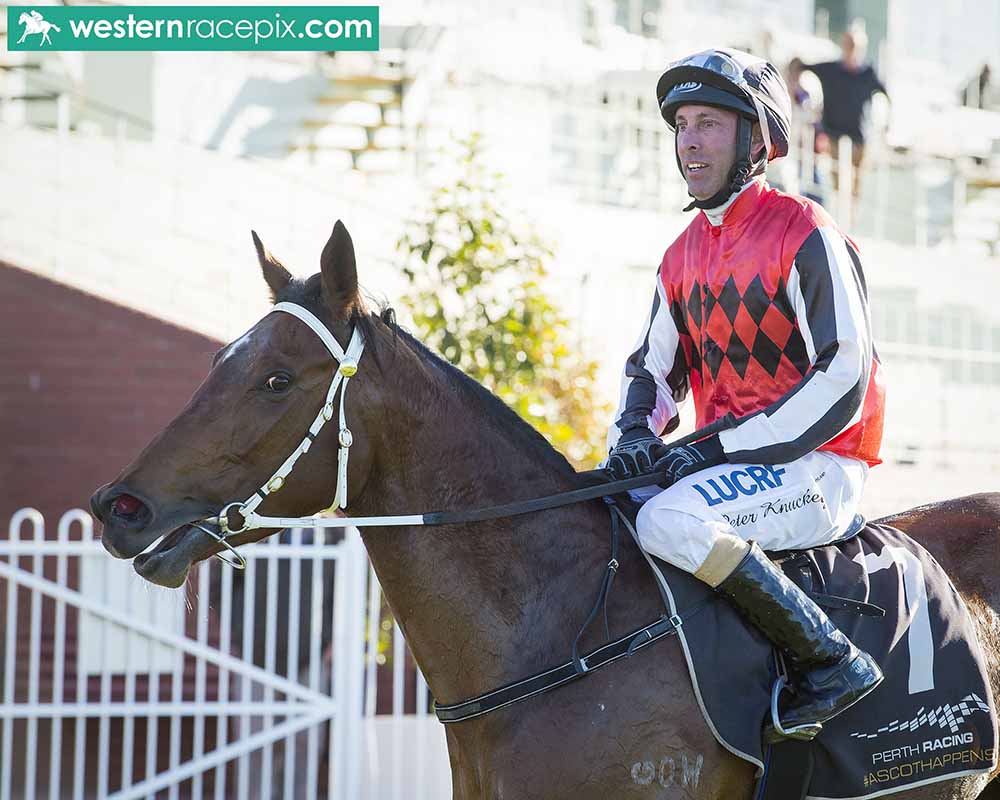