Military Reign has settled in without any hiccups for her Melbourne debut at Flemington on Saturday.

The Universal Ruler speed-machine has accepted for the $100,000 Bruce Gadsden Hcp (1000m) and bookmakers aren’t taking any chances with the Perth visitor.  Last start G1 Goodwood fifth Santa Ana Lane has been installed a $2.80 favourite ahead of Military Reign ($4.20) and Magic Millions Sprint winner Husson Eagle ($6.50).

“Military Reign is stabled at Flemington with Russell Cameron and she’s as good as gold,” managing part-owner Kevin Berry said this week.  “We will see how she handles Saturday’s sprint down the straight before making any plans.

“If she prefers racing around a corner we can back up at Moonee Valley a week later.”

She finished that preparation with another front-running victory over Malibu Style in the LR Beaufine Stakes (1000m) in July.

Trainer Darren McAuliffe brought her back with an interstate trip in mind and she put the writing on the wall, as a $31 outsider, when runner-up to red-hot sprinter Great Shot in the G3 Roma Cup (1200m) at Ascot last month.

McAuliffe prepared Universal Ruler to a ground-breaking victory over subsequent Australian Horse of the Year Scenic Blast in the 2007 Perth 2YO Stakes.  He sourced the bottom half of Military Reign’s pedigree at the 2008 Magic Millions National Sale.

“I bought her dam General’s Delight for $70,000 as a foal on the Gold Coast,” McAuliffe recalled.  “She was injured while being educated and never raced so we sent her to Universal Ruler at Scenic Lodge.”

“Unfortunately, General’s Delight only delivered two foals so we will keep Military Reign as a broodmare after she’s finished racing.”

Her full-brother Military Ruler can make it a double for the family on Saturday.  He’s not in her class but is quoted at $9 in pre-post markets for Race 8 at Belmont.

Universal Ruler (Scenic) was Champion WA first and second-season stallion and his largest crop of foals (88) will be two year-olds in 2017-18.  Scenic Lodge is standing him for a discounted $3,850 (inc gst) service fee this year. 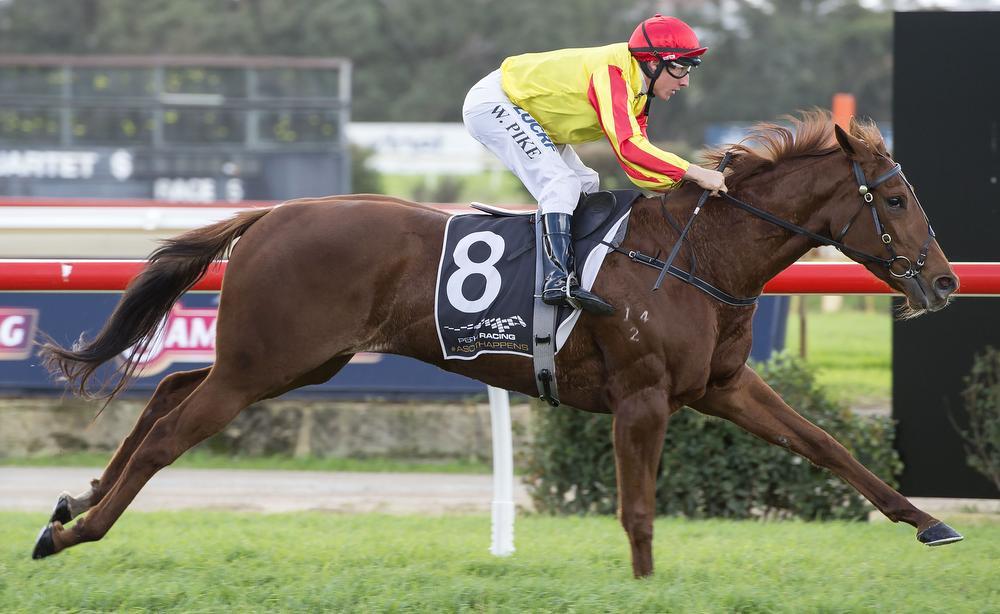