Home Rose the benchmark at Yarradale

Rose the benchmark at Yarradale

There’s no better brand than Yarradale Stud in WA.

The back-end of a another successful season continued on Saturday with its Gidgegannup pastures nourishing foals like Belmont winner Rosewood Hill.

Rosewood Hill has won 4 of her last 5 starts in town.  She was catalogued for the 2014 Yarradale Stud Yearling Sale but didn’t make her reserve and was leased to Danelle Miller and Dan Pearce.

Her dam Salisbury Street (Blevic) won the 2005 LR Sheila Gwynne Stakes before relocating to Queensland. Her final cover in the east was to Rothesay and she returned to Yarradale to foal Rosewood Hill.

“She’s thriving with racing,” Pearce said after the TAB Touch Hcp (2100m). “She improves each time she goes around and was super hitting the line today. We will keep her in work while she’s going so well. The Westspeed 4yo bonuses are there to be won until the end of the season. Then we might make plans for the summer.”

Willie Pike was guiding Rosewood Hill for the first time and was impressed with the win. “She put paid to them easily,” he said. “I decided to ride her patiently with the rise to a Benchmark 78.

“I needn’t have worried. She was up to that class. Her turn of foot is an asset in these staying races.” 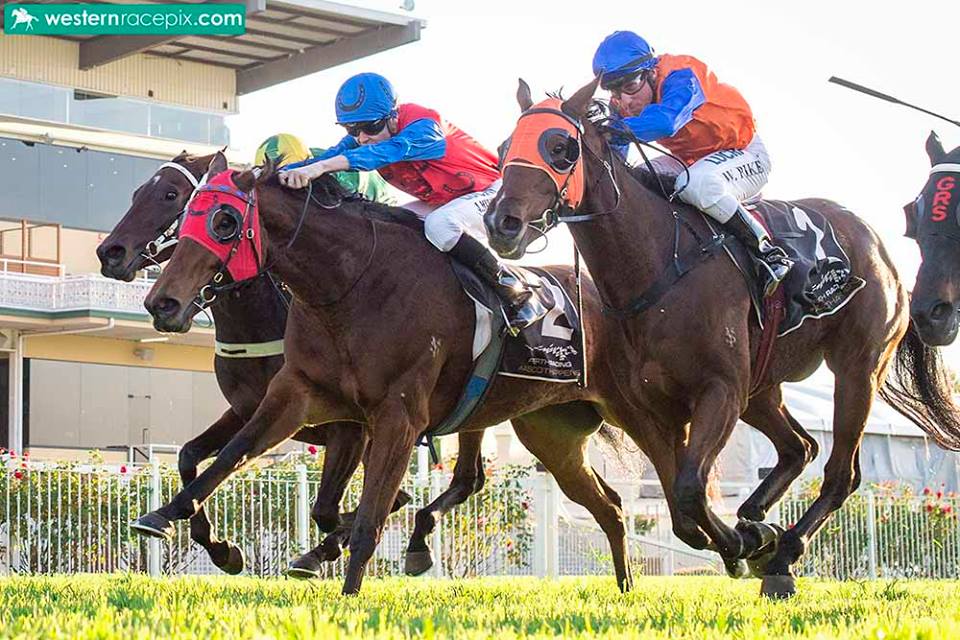