Home Scalpel carve up at Belmont

Scalpel carve up at Belmont

Mogumber Park graduate Scalpel will be winning better races on the strength of his convincing victory at Belmont last Saturday.

Scalpel had won on debut at Bunbury in March and he kept on a upward curve with an on-pace win in the Kirin Megumi Hcp (1000m).  Trainer Simon Miller bought him for $70,000 from Mogumber Park at the 2015 Perth Magic Millions.

“He’s still a big baby and has taken time,” stable spokesman Kyle Nowland said.  “That was only his third start.  He can be difficult but Aaron (Mitchell) rides him every day.  He’s a gross horse and the boss will keep him at 1000m for the time being.”

Scalpel is by Scenic Lodge sire Snippetson and is raced by Ray Meadowcroft and Peter Bell.  His dam Perpendicular (Charge Forward) was sold as a breeding prospect to WA for $25,000 at the 2010 Inglis Easter Broodmare Sale.  She descends from USA stakes winner Consular Belle who was imported to Australia by Robert Holmes a Court in the 1980s.

Top-class sprinter-miler Rommel begins his stud career at Mogumber Park this year.  The Group 2 winning son of Commands will stand for a $5,500 (inc gst) service fee. 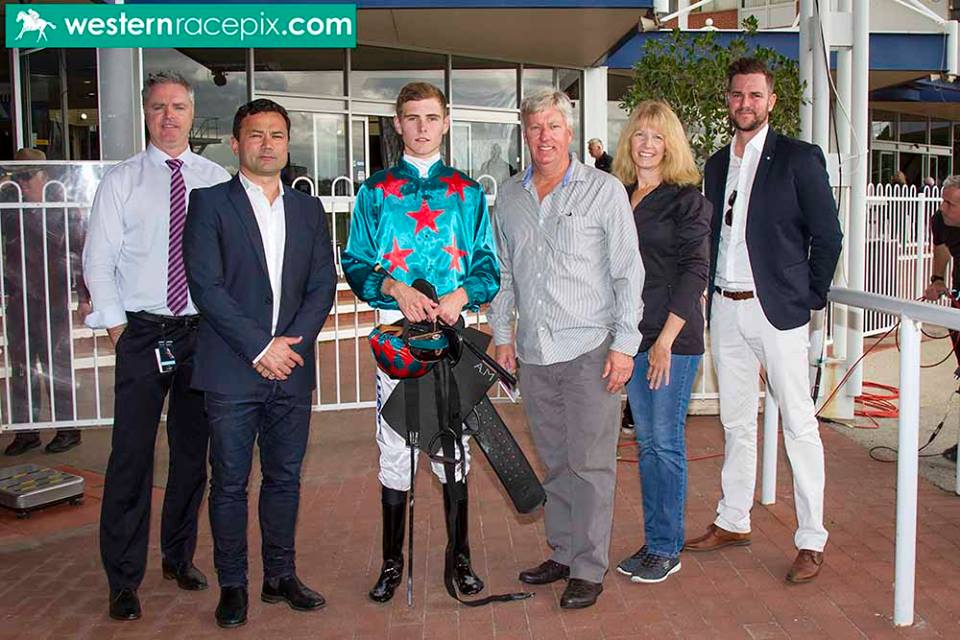 SCALPEL
Simon Miller and winning connections after the win at Belmont