The first crop of Westbury Park sire My Admiration are about to turn two and studmaster Phil Ibbotson has received encouraging reports from trainers like David Harrison, Rob & Todd Harvey, Darren Mcauliffe and Brent Albuino.

“Besides being able to gallop, breakers and trainers say they possess very good temperaments and are good movers,” Ibbotson reported last week. “There’s around 60 from that first crop so he gets a chance to make an impact.”

The My Admiration syndicate has also decided to reduce his service fee to $2,750 (plus gst). “There’s six new stallions in Western Australia and the pressure is on every stud to build a book this year,” Ibbotson explained. “Promoting young sires who haven’t any runners out there is that much harder.”

Nevertheless, there’s plenty of positives with My Admiration. He was a top-class sprinter-miler in Hong Kong, has a stallion’s pedigree and is bred on the same Encosta de Lago / Danehill cross as Chautauqua.

“We paraded him at Gold Front Thoroughbreds earlier this month and the feedback was very reassuring. Alan & Sue Olive are shareholders and Brent Albuino told me he’s pleased with their young ones.”

Meanwhile, Westbury Park was in the frame at Belmont on Saturday when Recoiled won the Toll Hcp (1200m) at Belmont. The Demerit gelding was bred and sold by Ibbotson for $14,000 at the 2014 Perth Magic Millions Winter Sale.

Recoiled has earned over $205,000 for a partnership that includes trainer Jim Taylor and his family plus fellow Perth Cup winning owners Fred and Pat Castledine. His dam Coiled Spring (Special Bond) won three races at Ascot and she has a yearling filly by former Westbury Park sire Smug (USA). 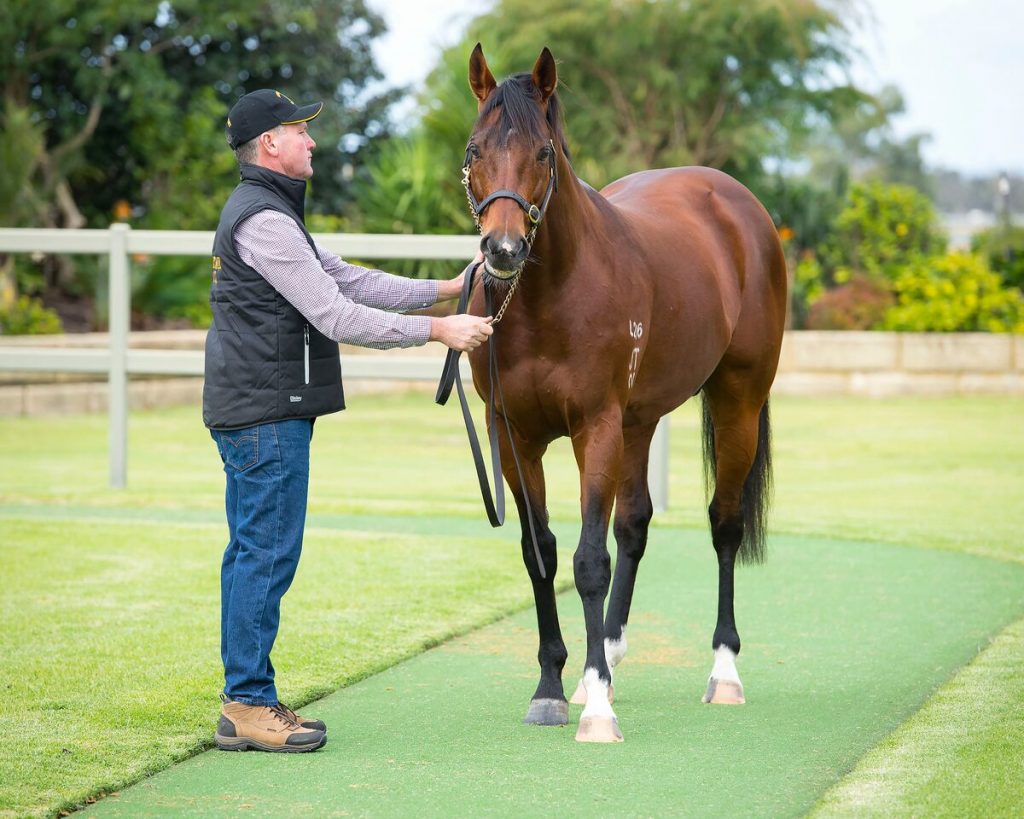 MY ADMIRATION
Westbury Park stallion on parade this month