The son of Verglas was a Group 1 winning 2yo at Saint-Cloud and a $5,500 (inc gst) introductory service fee has ensured wide-ranging support among local broodmare owners.

“We already have over 50 confirmed bookings,” Dunlop said this week.  “That’s more than we received for All American at the same stage last year.”

The Verglas sireline received another stakes-winning update on Sunday when Silver Step was successful in the LR Prix de la Pepiniere (2000m) at Maisons-Laffitte.  The grey filly descended on the leaders under Maxime Guyon to defeat Avenue Dargent by a long neck.

Silver Step (4f Silver Frost – Negra Del Oro by Danehill Dancer) had won a Chantilly nursery in November 2015 before graduating to a Group 3 victory in Milan last September.  She travelled to the Gulf for Group 2 fourths at Meydan during the Dubai carnival and will stay in training for the autumn features in France later this year.

A homebred for Nils-Petter Gill, she is a daughter of Norway Derby winner Negra Del Oro who was voted Champion 2YO and 3YO in Scandinavia.

Her sire Silver Frost is a son of Verglas and he won a G1 French 2000 Guineas before retiring to Haras de la Hetraie.  His Group 1 winning son Silverwave is being set for the G1 Arc de Triomphe on October 1.

The Vert De Grece brochure can be viewed here 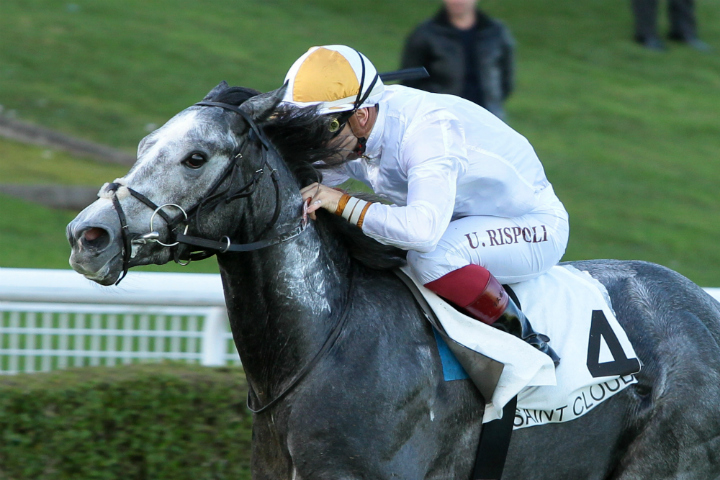