Impressive Racing trainer Darren Mcauliffe knows how to prepare a Universal Ruler winner and he’s found the key to By Decree.

The comeback mare was being set for last year’s Belmont Oaks when she fractured her back and had to be nursed back to health by Mcauliffe. She’s as good as gold now and enjoyed all the favours winning the Inglis Bloodstock Hcp (1650m) last Saturday. 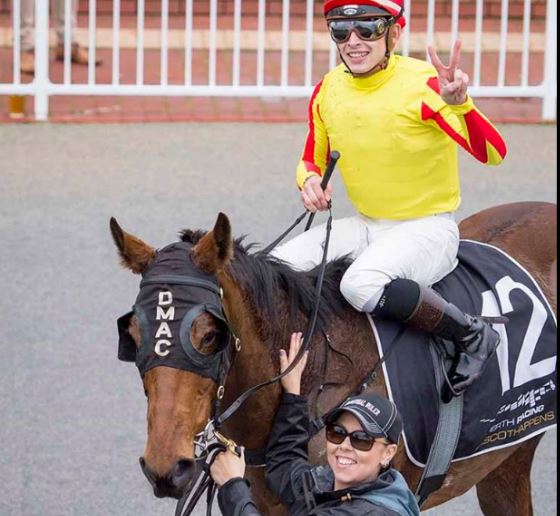 Given the run of the race by Matthieu Autier, she tracked the favourite Nelson’s Flight (Blackfriars) before bursting through along the rails to score by short-neck. “She finds a length on soft ground, like a lot of the Universal Rulers, and ‘Frenchie’ rode a perfect race,” Mcauliffe said. “He had been leading on her but I told him to take cover and it worked out today.”

“I was happy when it started to rain and she was always travelling behind the leader,” Autier explained. “I just followed (Willie) Pike and she ran home nicely.”

Mcauliffe also won with Universal Ruler mare Queen Of Tease at Belmont earlier this month and he has Universal Ruler 2yo Abdicator ready to resume after a barrier trial win at Lark Hill on Monday.