Geisel Park started July with an international winner to complement its War Chant double in Perth during June.

Hard Ball Get (Aussie Rules), a $62,000 Geisel Park graduate from the Perth Magic Millions, increased his Hong Kong earnings to $3.18 million (AUD 535,315) with another convincing victory in the Sporting Exchange Hcp (1400m) at Sha Tin on Saturday.

The Sunspeed-bred sprinter had scored at Sha Tin in May but had been hampered by a riderless horse at his penultimate start on June 11. “He came through that last run well,” trainer David Hall reported. “And he’s turned up and run his race again today.”

Hall and Hong Kong owner Anthony Cheung targeted the grey after his Group 3 victory in the Sir Ernest Lee-Steere Classic at Ascot.

The Pascal Bary-trained horse went down by three-quarters of a length to Zarak in the G1 Grand Prix de Saint-Cloud on Sunday. “He put up a magnificent performance,” Bary observed after his charge logged a career-high Racing Post rating of 118. “He’s in great form and is heading to the Arc.”

Silverwave finished down the track in last year’s G1 Arc de Triomphe prompting bookies to price him at liberal each-way odds for this year’s edition on October 1. Zarak has failed in the last two Arcs and Bary is hoping he will dodge Chantilly and be set instead for the Grand Prix de Deauville. 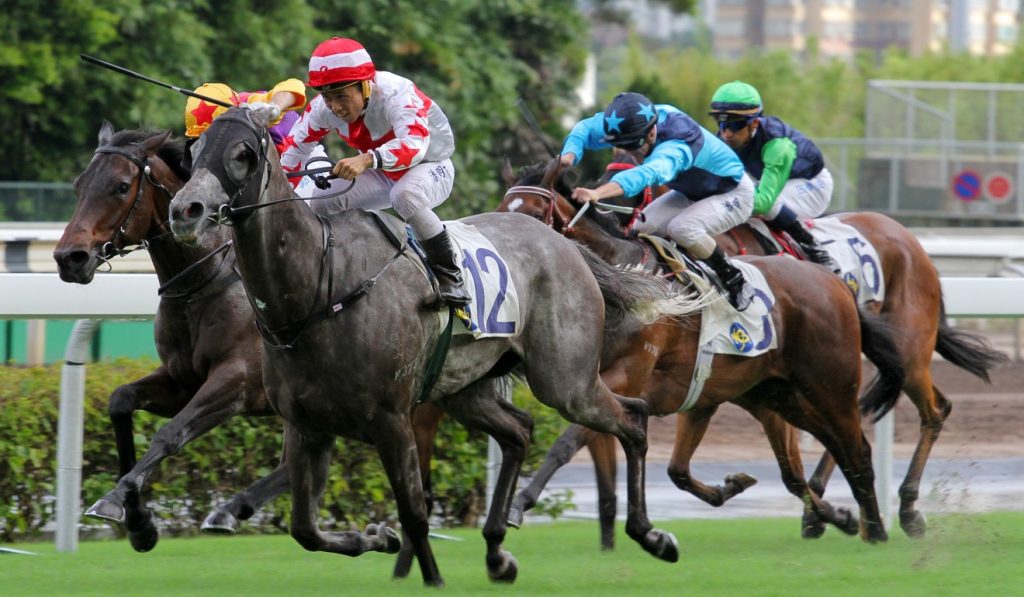