On Saturday morning, the Lynward Park Stud manager opened the gates for the exciting stallion prospect Mahuta, while in the afternoon, van Heemst cheered on with the rest of his family as homebred filly Fontainebleau captured the LR Belmont Oaks (2000m) at Belmont.

“It would certainly be my biggest day in the industry,” van Heemst enthused. “Mahuta won the (G2) Sandown Guineas and he’s by Champion Sire Flying Spur out of a Zabeel mare from a black type family.

“And then for Fontainebleau to come out and win the Belmont Oaks with the whole family trackside, well, that was pretty special.”

Established by successful businessman (and former TBA Chairman) Ted van Heemst in 1985, the Bullsbrook-based Lynward Park Stud has been managed by Ted’s son Troy since 2001 and has produced numerous stakes winners in the past 30 years.

However, Fontainebleau adds another dimension in that she is not only by Lynward Park based Alfred Nobel, a Group 1 winning son of Danehill Dancer, but is also out Aunt Lydia who was bred by the van Heemsts.

“We purchased Aunt Lydia’s dam Summer Silence from Heytesbury Stud back in the 1990s. She produced 6 winners, including Aunt Lydia, who has since produced 4 winners of her own from as many to race.

“Fontainebleau is a lovely horse and hopefully has a few more stakes wins in store,” van Heemst told Aushorse. “Aunt Lydia is back in foal to Alfred Nobel and she has an athletic colt that will be offered at next year’s Perth Magic Millions.

“Alfred Nobel averaged around 60 mares per season for his first three years at Lynward Park, shuttling between Coolmore in Ireland and WA, but due to travel sickness, we didn’t risk him in 2014.

“With shuttling no longer a viable option, we negotiated to buy him and keep him here. In 2015, he covered 88 mares and last spring proved his most popular to date serving 112 mares.

“Apart from Fontainebleau, he has also produced WATC Sires’ Produce winner Showy Chloe from his first crop, along with Stored Energy and Dickey who were both stakes horses at two.

“He’s now got over 60 winners and nearly $4 million in progeny earnings from fairly limited numbers, so with his bigger books over the last two years, inevitably the best is yet to come.”

Fontainebleau is trained by Grant and Alana Williams and will now take on the Listed Belmont Classic (2200m) on July 22. 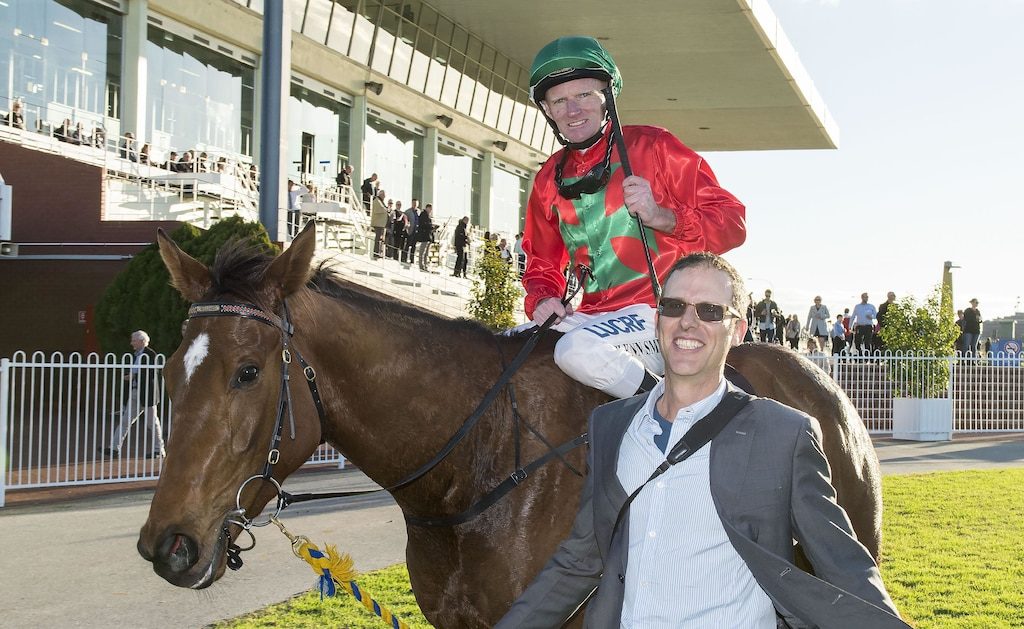