Blackfriars has edged ahead of Snippetson for the WA winners’ title with just three weeks remaining in 2016-17.

The Scenic Lodge sires were locked on 91 individual winners before Blackfriars filly Burning Pride won the Hahn Superdry Hcp (1300m) on debut at Belmont on Wednesday.

Blackfriars ($5.02 million) is home-and-hosed ahead of Snippetson ($3.52 million) for his 7th WA prizemoney premiership in a row but the winners’ duel will go right down to season’s end.

Burning Pride (2f Blackfriars – Pride by Hussonet) was always travelling like a winner in front and she toyed with them in the straight to score by a length from fast-finisher Uncle Con (Econsul). Punters allowed her to drift from $5.50 to $9 despite an impressive trial at Lark Hill last month.

“She’s still very immature but she’s got a motor and that’s the most important thing,” trainer Ken Adams said. “I will give her one more run if she pulls up okay. She will get over ground and looks an Oaks filly for next season.”

Adams trained Mystic Chantry (Chanteclair) to win the 1997 WA Oaks and Blackfriars won it with Pop Culture in 2012.

Black Heart Bart was top earner again for Blackfriars this season with Group 1 rewards in the Memsie, Underwood, Orr & Futurity Stakes. They totalled $1.46 million and he’s back in work for more following a winter in Queensland.

“He had a break before pre-training on our water-walker,” Washpool Lodge manager Paula Smiles said. “He was up here last year and went back to Darren Weir last week looking as good as ever.” 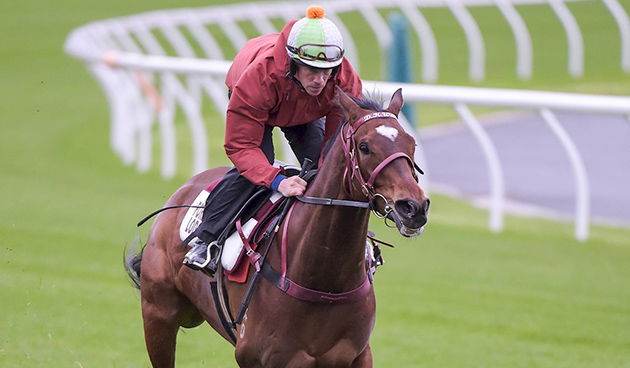