Home On The Turps on the job at Belmont

On The Turps on the job at Belmont

Dick Turpin (Ire) has emerged with four winners in the last month headed by On The Turps and Boxonlucy at Belmont.

On The Turps led them up in the Perth Racing Memberships Hcp (1000m) on Wednesday and went further ahead in the straight to score by more than two lengths. The David Harrison-trained gelding had won a Pinjarra maiden last season and can go on with the job during the remainder of the winter season at Belmont.

“The speed was on and Mr Harrison told me to lead if possible because the horse would keep going,” winning jockey Tayla Stone said. “That was the plan and it worked.”

On The Turps is bred to improve with further racing. His dam Secret Empire (Second Empire) is a half-sister to Group 1 stayer Scenic Shot who won two Doomben Cups and a Mackinnon Stakes at Flemington.

Boxonlucy surprised connections with a running double at Belmont this month. “She took a while to win her maiden at Albany but has really improved since coming to town,” trainer Steve Wolfe said. “She’s an honest mare and now we will look for a race on a Saturday.”

Dick Turpin (Ire) originally shuttled from England to Mungrup and left winners the calibre of Billesdon Bess who claimed her first black-type in the LR Upavon Stakes (2000m) at Salisbury on August 16.

And in Singapore, Dick Turpin 2yo Charger earned an $80,000 bonus after accumulating most prizemoney throughout the 2017 Aushorse Golden Horse series at Kranji. 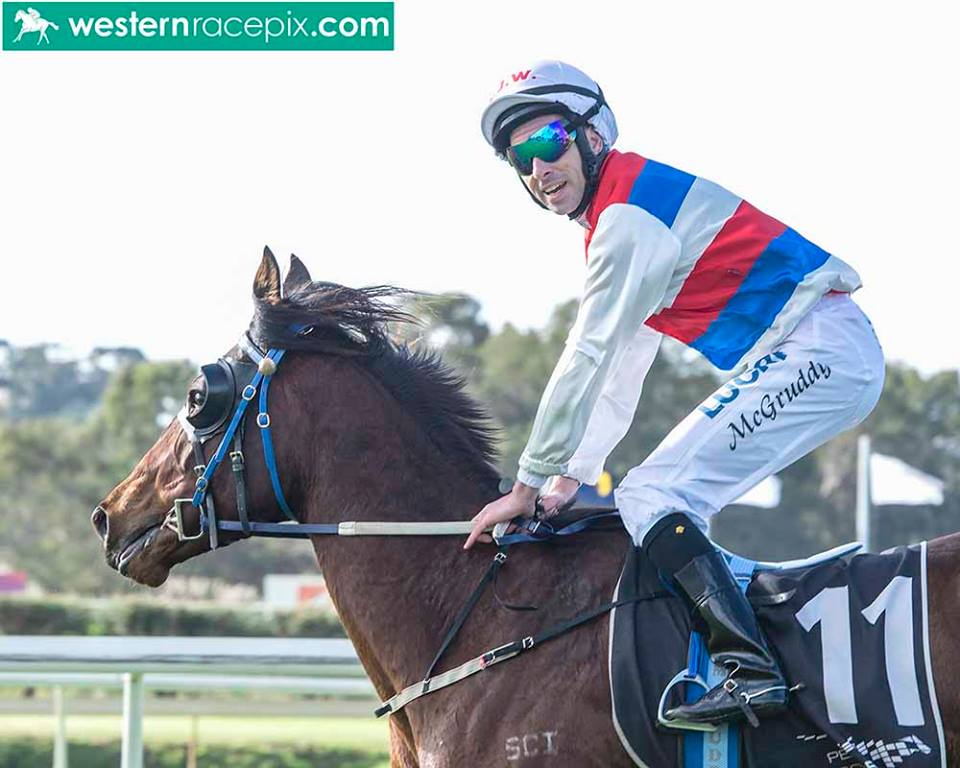