Verglas stallion Stormy River has sired another winner with a black-type potential at Deauville.

His lightly-raced 3yo Chancellor (Fr) spreadeagled some well-bred fillies in the Prix de Lonray (2000m) on Tuesday.  Ridden quietly in the early stages by Hugo Journiac, she saved ground on the rails and gradually made up ground to join the leaders turning for home.

The Cristophe Ferland-trained chestnut had disappointed on debut at Deauville a fortnight ago but sprinted clear second-up to score by 4 lengths from Aga Khan homebred Dolianova (Rock Of Gibraltar).  “That’s a pleasant surprise,” Ferland said.  “It was a brilliant win.”

Stormy River is in good company as a Verglas Group 1 winner (Prix Jean Prat).  Successful French-based stallion Silver Frost (French 2000 Guineas) is another and his son Silverwave holds a Group 1 entry for the Arc de Triomphe on October 1.

“The numbers to Vert De Grece are ticking along nicely,” Geisel Park manager Conor Dunlop said from Myalup.  “We booked another 5 mares from one client last week.  Now all we need is some sun!” 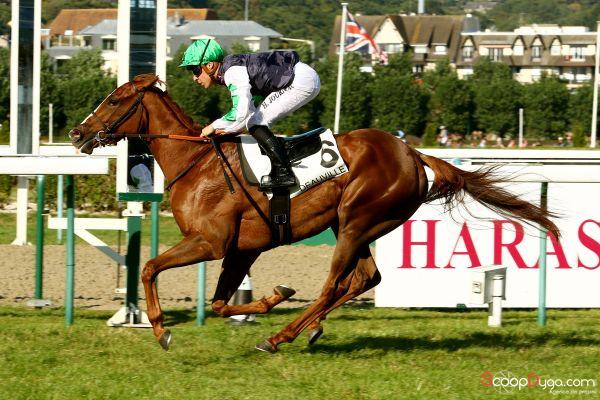