The Oratorio sprinter gave Colgate her first city winner when he saluted for an overdue victory at Belmont. “I told her to ride aggressively and not let the others stand over her,” trainer Steve Wolfe said. “He’s an apprentice’s horse – Tayla Stone has won on him – and Shelby gave him a perfect front-running ride today.”

Chasing Chaos (pictured) is the final foal of Lungarno (Barathea) who won three times at Moonee Valley as well being stakes-placed in Adelaide. Her half-brother Super Racer was a Group 1 winner in Singapore. 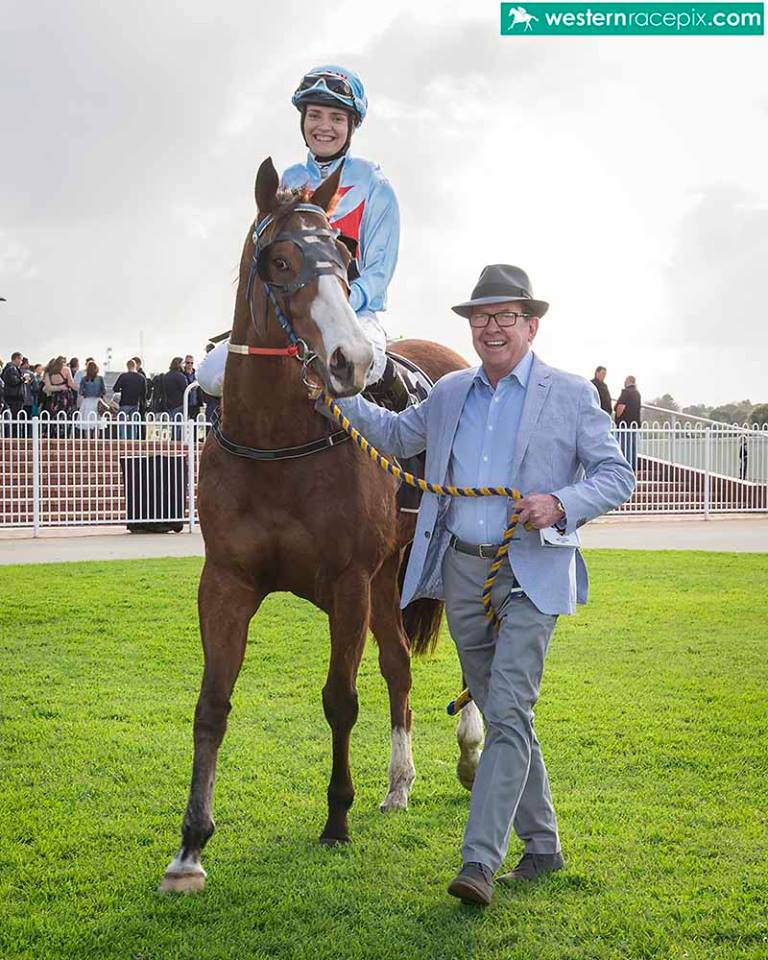 Mungrup Stud champion Oratorio has already sired 5 winners to commence the current season in style. Leading the charge is Mr Motown who is being set for the LR Hannans Hcp (1400m) on September 20.

Mr Motown continues his Goldfields prelims at Belmont this Saturday and Oratorio’s promising 3yo filly Time And Truth will resume over 1200m at the same meeting.

Time And Truth won Bunbury and Ascot juveniles in March and was spelled following a below-par performance in the G3 WA Sires’ Produce Stakes.

Properantes (Danehill Dancer) completed a running double for Mungrup Stud last Saturday. “He’s a good horse and it’s good to see him came back a winner,” trainer Colin Webster said. “He was out of sorts and didn’t come up last summer so we sent him out for a long spell.”

Mungrup sold him for $20,000 at the 2013 Perth Magic Millions and connections have banked $392,550 including $95,000 in Westspeed bonuses. He won the LR Raconteur Stakes in 2015 and Webster indicated he will have another crack at black-type in races like the JRA Cup and ATA Stakes at the Ascot summer carnival.

Webster bought his half-sister by Playing God for $16,000 at this year’s Perth Magic Millions and their dam Scala’s Quest (Marooned) was covered by fellow Mungrup sire I’m All The Talk last year.