The Sue Olive-trained mare was racing second-up in the Pilbara when contesting the Thrifty Rental Car Hcp (1200m) at Port Hedland on Sunday. Apprentice Maddison Brown sent her forward and she had enough in reserve to defeat the favourite Little Miss Charm by three-quarters of a length.

Miss Slater’s dam Sanctus (Barathea) was a stakes-placed winner in Adelaide and is a half-sister to St Clemens Belle (G1 Kingston Town Classic). Her final foal is an unnamed 2yo filly by Westbury Park stallion My Admiration.

Slater is a son of breed-shaper Redoute’s Choice from Champion Australian 3YO Filly Special Harmony. He was a stunning juvenile winner at Canterbury in May 2010 and returned from a winter spell to win first-up at Rosehill.

“He’s bred to be anything and has got Group 1 written all over him,” jockey Jim Cassidy claimed. “I think he’s the real deal.”

Thrown in at the deep-end of a Group 2 at Randwick, he was continually blocked for a run behind Buffering in the Roman Consul Stakes. The colt pulled up sore and was never the same before retiring to Gold Front.

It was a late call for stud duties and Miss Slater is one of just four named foals from his first crop. There were no more than a dozen mares in 2016 and it won’t get any easier with a high-profile stallion on board at Gold Front this season.

Slater’s latest book received a recent international update via South African winner Phelan Lucky (Excelebration). He is trained by Brett Crawford and was rated a progressive colt after winning a Kenilworth juvenile in April.

Slater will have to do it the hard way but will make headway with mares of that calibre. And he should appeal to owner-breeders at a $3,000 service fee. 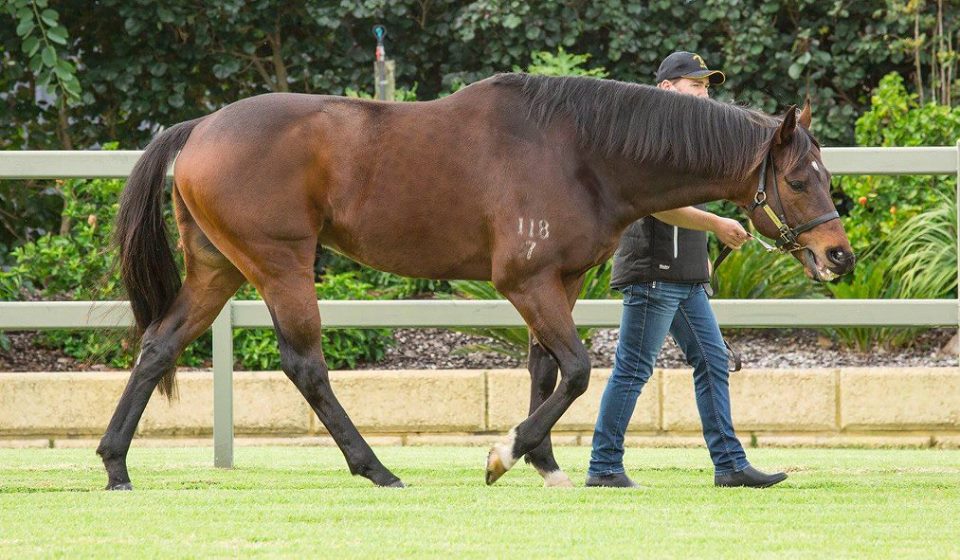