Blackfriars has warmed up for his first crack at a Group 1 this season with a stack of winners in Western Australia.

The Scenic Lodge champion has sired 17 individual winners already this season to take up a Top 6 spot in Australia.  And he will zoom up the prizemoney table if his interstate star Black Heart Bart wins the $1 million Memsie Stakes (1400m) at Caulfield on Saturday.

Jockey Brad Rawiller is confident that Black Heart Bart can return to winning form after a first-up placing in the G2 P B Lawrence Stakes a fortnight ago.  “He trialled terrific at Ballarat on Monday.  He went with Tosen Stardom and it was quite strong work.

“Obviously, he’s going to be better than what he was first-up,” Rawiller added.  “We said that all along that he would be improved with that run under the belt and I think a lot of the work has already been done with barrier five.”

Black Heart Bart won the 2016 Memsie and is second-favourite ($6) behind fellow Perth raider Vega Magic ($2.70) for this year’s renewal.  No horse has won two in a row since the mighty mare Sunline.

“We’re really happy with Black Heart Bart and, as normal, the first-up run has brought him on,” trainer Darren Weir said.  “I wanted to run him second-up in this and then into the Makybe Diva Stakes.  He usually runs a great race second-up and I wanted him ready for these two races.”

Blackfriars has another 10 entrants for Saturday’s Belmont meeting and they can increase his home-state strike-rate.  He sired a rare longshot winner on Wednesday when Aquajinsky scored in a blanket finish at $151. 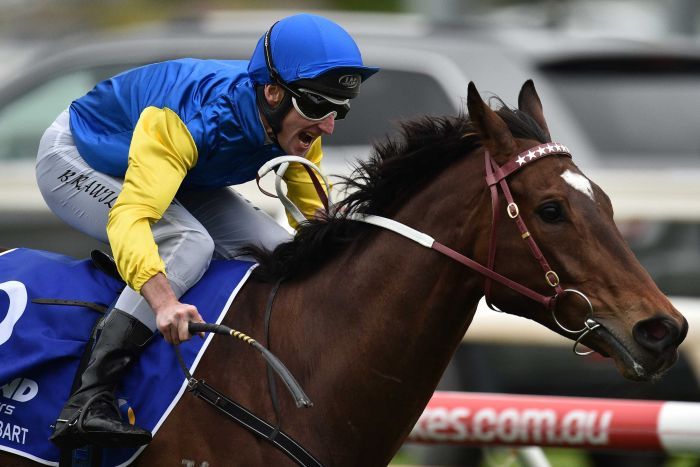