Home Quilista all quality in Melbourne

Quilista all quality in Melbourne

Trainer Darren Weir continued his association with quality WA-bred horses on Saturday when Quilista scored a fighting win at Caulfield.

Quilista was formerly prepared in the west by Justin Warwick, who remains in the ownership, and she was having her first start for Weir in Saturday’s Beveridge Williams Plate (1100m).  He’s had black-type success with former Perth gallopers Black Heart Bart, Real Love & Star Exhibit and is confident Quilista can add to that tally.

Weir believes Quilista, a daughter of former Yarradale Stud sire Scandal Keeper (USA), can step up to better grades after scoring as favourite under Perth-born jockey Damian Lane.  “She’s obviously a good horse to do that,” Weir told AAP after the front-running, one-length victory.  “The further the race went, the stronger she looked.

“Justin sent her over to run through the classes and we will throw her in at the deep end at some stage,” Weir added.  “I think she will measure up although we’re not going to get too carried away.  But we could head the way of the (G1) Myer Classic at Flemington.”

Warwick and part-owners Livio & Renato Divitini bought the filly for $10,000 from Korilya Stud owner Ellie Giles at the 2015 Perth Magic Millions.  She’s paid that back with $205,400 in prizemoney including Westspeed bonuses of $52,500.

Scandal Keeper (Danzig) was put down after a paddock accident in March.  He sired Quilista from Brocky’s Ace (Surtee) and Giles has sent the mare back to Yarradale stallions for the last three years.

Brocky’s Ace has a 2yo colt by young-gun Gingerbread Man, a yearling colt by Vital Equine and she was covered again by Gingerbread Man last November. 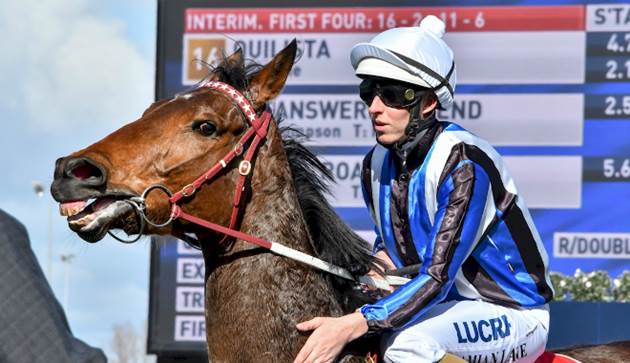