Home Sprints the Secret to Spy

Sprints the Secret to Spy

Paul Roberts was a relieved man when Dutch Spy return to winning form in the James Boag’s Premium Stakes (1000m) at Belmont on Saturday.

The south-west trainer blamed himself for Dutch Spy’s second-up failure over 1300m a fortnight ago.  “I stepped him up in distance too quickly last time,” Roberts admitted.  “I was my blue and I probably worked him a bit hard, too.

“Luckily, he turned it around today.  He’s a big horse and has a good turn of foot.  He’s a son of So Secret and they’re sprinters through-and-through.

“He’s in good order and will get over more ground in future.  But for the time being, we will keep him in work for these 1000m races.”

Dutch Spy was a $7,500 buy for Ben Prowse at the 2014 Perth Magic Millions.  Bred and sold by Rangeview Stud, his dam Braakensiek (Johan Cruyff) was runner-up to Empire Dancer in the 2005 Belmont Oaks.  Her final foal is a yearling colt by Galah.

“He’s got a lot to learn but is going places,” winning jockey Glenn Smith predicted.  “He sat in behind with a smother and that suits him.  He takes off when he sees daylight and then pulls up and waits for them.”

So Secret (Danetime) stands at Rangeview Stud for a $3,300 (inc gst) fee.  His talented colt Wacked Out won the LR Perth Stakes (1100m) in March and is being set for the Ascot summer carnival by trainer Neville Parnham.

Owner Colin Loxton raced millionaire brothers God Has Spoken and Playing God and that’s made it easier to knock back Hong Kong offers for Wacked Out. 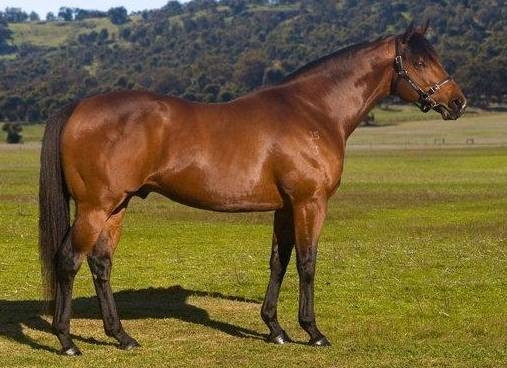