Mungrup Stud champion Oratorio sired a pair of pace-setting winners in Singapore and Perth on the weekend.

A wide barrier was no obstacle to his bold front-runner Crazy Dreams over 1000m at Kranji on Friday and Scuffy also gave them something to catch in the James Boag’s Premium Maiden (1200m) at Belmont on Saturday.

Crazy Dreams was coming off a four-length maiden win and was backed into favouritism despite the rise in grade.  Jockey Benny Woodworth had been wasting but still caught his breath to give a glowing report after the one-length victory in 58.61s.

“He has very good gate speed and, at the top of the straight, I still had plenty of horse under me.  He was entitled to get a bit tired but he kept working home very well.  The owners have a nice horse.”

Crazy Dreams was a $80,000 buy from Mungrup Stud at the 2015 Perth Magic Millions and has already paid that back in full to the Water Tower Stable.  His dam Petite Angel (Marooned) has been a regular partner for Oratorio – their first mating produced G2 WA Guineas winner Clueless Angel.

Petite Angel has a 2yo colt and a yearling colt by Oratorio and was sent back to him last year.

Mungrup homebred Scuffy is making up for lost time after a belated start to her career for Gray & Jan Williamson and Lex & Shirley Piper.  She didn’t debut until an autumn 3yo and has only faced the starter a half-dozen times in 18 months.

“She should have won here a fortnight ago,” trainer Paul Jordan claimed.  “She got eye-balled in front and was caught right on the line.  It’s good to win these $30,000 maidens – it’s much better prizemoney than the provincials.”

Scuffy is a daughter of Speed Week speed-merchant Scuffs who won the LR Summer Scorcher & LR Australia Day Stakes at Ascot in Mungrup’s brown & white silks.  She has a yearling colt by Oratorio before an I’m All The Talk cover last year.

A five-time Champion 2YO Sire in WA, Oratorio has his latest crop of juveniles ready for the get-go including last week’s Lark Hill trial winner Argyle Miss.  The David Harrison-trained filly cost $38,000 from Mungrup at this year’s Magic Millions and she is from a winning half-sister to Scuffs. 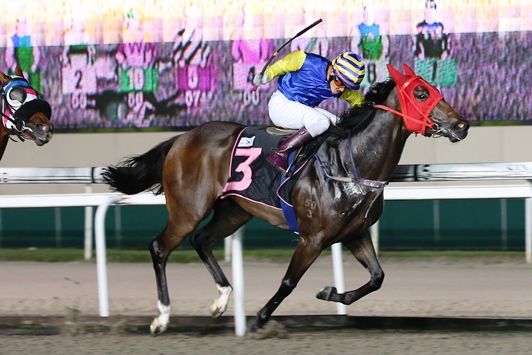