Scenic Lodge resident Universal Ruler has sired the winners of 8 races this season after a double on Saturday.

Sovereign Hall threaded his way through a gap in the straight to snatch a narrow victory in the Prive Fashion Platform (1000m) at Belmont and little more than an hour later Master Magician handled the tricky circuit to a tee in the Toodyay Cup (1850m).

Universal Ruler (Scenic) sired both winners from mares by sons of Danehill.

“He’s was always travelling in the run and I was pretty sire he would play a part,” jockey Shaun McGruddy said after bringing Sovereign Hall back to scale.  “He was held up when Chris Gangemi’s horse (Bangalore) came out underneath us but then he really hit the line.”

Part-owner and trainer Ted Martinovich has banked over $150,000 since buying Sovereign Hall for $34,000 at the 2014 Adelaide Magic Millions.  His older sister Rule To Wyn (Universal Ruler) won 6 sprints in Perth and delivered a Snippetson colt first-up on August 15.

Master Magician appreciates more ground as was evident during a last-to-first victory in the Toodyay Cup.  A homebred for Impressive Racing trainer Darren McAuliffe, he was unplaced in the G2 WATC Derby in April prior to scoring second-up at Northam last month.

McAuliffe bought his dam About To Blow (Saxon) for $30,000 from Heytesbury Stud at the 2010 Perth Magic Millions.  She retired unraced but had residual value being a half-sister to stakes winners Belarus (LR Bunbury Cup) and Kasabian (G3 Asian Beau Stakes). 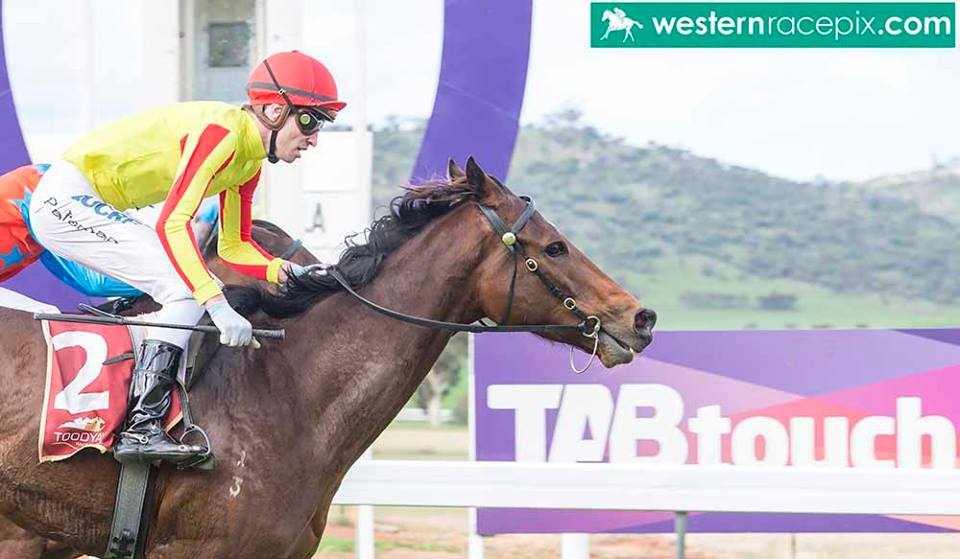