Richards in Luck with Grey Ghost

Ice Ghost has won the first 2yo trial of the season in Adelaide for Yarradale Stud sire Bradbury’s Luck.

The Gordon Richards-trained gelding dominated in an 800m hit-out on a Heavy 8 at Morphettville.  He scored by a length over Sassy Raider (Rebel Raider) and Crockett (All American).

Richards relies on his vast experience at the yearling sales and the grey cost $42,000 at this year’s Adelaide Magic Millions. “We don’t have the budget to buy the dearest ones so you’ve got to trust your judgment,” he said. “And, let’s face it, you’ve got to have some luck.”

Bradbury’s Luck sired Ice Ghost from Japanese-bred mare Ghost Story (Dance In The Dark) who was runner-up to Silver Touch at her only start in England for Sheikh Mohammed. The winner went to claim the G3 Criterion Stakes and was also Group 1 placed in the Prix Maurice de Gheest.

His second-dam Pazienza (Arazi) is a half-sister to Champion racehorse and sire Cape Cross.

Ice Ghost will be set for the first juvenile race of the season at Morphettville on Saturday, October 7.

Bradbury’s Luck has sired the winners of 11 races this season starting with Wally Daly’s gelding Next Contestant who collected last month’s Kimberley Cup in Broome.  He stands for a $4,400 (inc gst) service fee at Yarradale Stud. 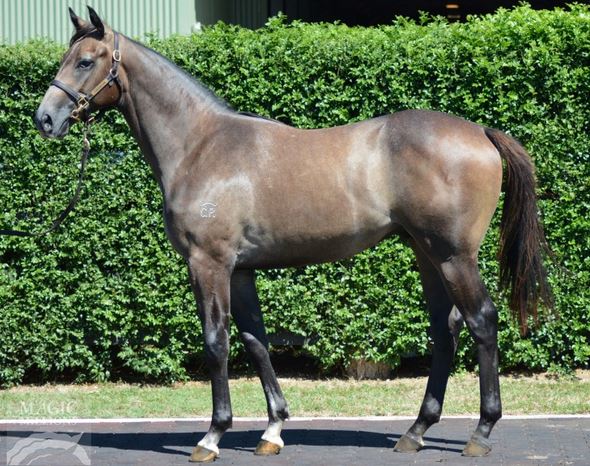