Silent Sedition steps up for Spring

War Chant mare Silent Sedition gets into gear for her latest campaign with a jump-out at Caulfield on Tuesday morning.

The Andrew Noblet-trained star was withdrawn from an intended trial at Cranbourne last week to be reserved for the Caulfield Carnival Track Work Breakfast.  She was last seen finishing fourth at Randwick in April following a Group 1 triumph in the William Reid Stakes at Moonee Valley.

Silent Sedition has never finished worse than fourth in 17 starts and has accumulated over $1 million in prizemoney for owner Tom Curnow of Aqua Trained Thoroughbreds.

“I was very happy with her recent jump-out at Sandown when she sat back and finished off,” Noblet said.  “She doesn’t winter that well but has thrived in the last month.”

Silent Sedition (5m War Chant – Fiorentina by Dubai Destination) was bred by Ellie Giles and sold for $45,000 at the 2014 Perth Magic Millions.  Her dam was later purchased by Amelia Park owner Peter Walsh and the mare has a 2yo colt by Gingerbread Man and a yearling colt by Snippetson.

Hoofnote:  Come On Over is another daughter of War Chant ready to resume after a Belmont Park trial win last week.  She is trained by Neville Parnham for his wife Carol, Bob Pearson and Yarradale owner Ron Sayers.

Come On Over didn’t show up during a couple of educational outings at Ascot earlier this year but looks ready to shine after defeating Bob Peters homebred Action (Pierro) last Monday.  She is the first named foal of G3 Sir Ernest Lee-Steere Classic winner Playcidium Mint (Foreplay). 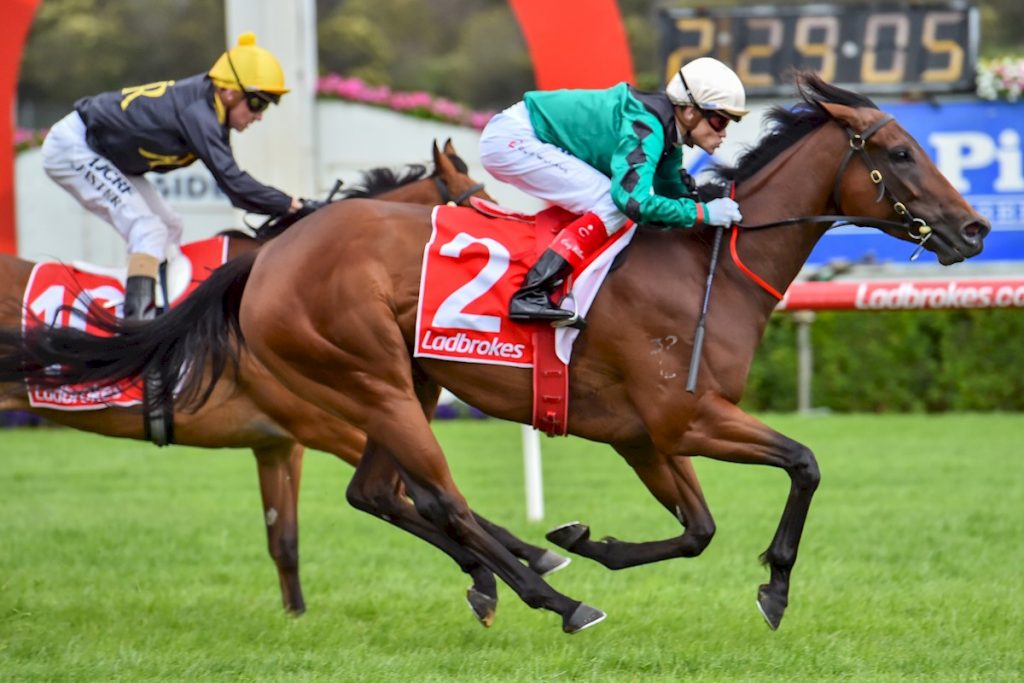