Penalty Point (5m Demerit – Never’s Kid by Tribu) was partnered by Willie Pike to win the Tom Sayers Memorial (1100m) in the Goldfields.  She is trained by Rob Brown and is from a sister to G3 J C Roberts Quality winner Rail Breaker (Dynamo).

Denim Pack broke through third time out for Mike Santich, Yeah Dardy made it 3 city wins in 6 starts this year for Justine Erkelens and Lorentinio appreciated a drop in grade to deliver a front-running victory for Jim Taylor.

“It’s always good to get winners at this time of the year and the phone was ringing after the treble,” Nina Johnston said.  “They’re all from Demerit’s second crop and we sold them at the 2015 Perth Magic Millions.

“We have another nice one from his second crop with Brett Pope named Fille De Merit.  She fell on her knees in the hot walker and was withdrawn from the Magic Millions.”

Pope trained Fille De Merit to wins at Pinjarra, Northam and Belmont during her first full-on campaign.  “She’s been a lot of fun.  Brett bought a share and so did John Rogers who is the partner of Kent’s sister Cynda.”

Demerit covers for a $3,300 service fee and his current book will continue to build with classy filly Kiss Bang Love ready to resume at Belmont on Saturday week.

Kiss Bang Love won the G3 Gimcrack Stakes in March from Lucy Mae & Seannie.  The form out of that race will keep stacking up when she contests the 3yo filly features for Ascot trainer Russell Stewart.

“An abscess in the near-hind hoof set her back but she’s going awesome now,” Stewart said.  “The Gimcrack was a highlight last prep but I though her best run was a week before when she flew home behind Galveston Bay.  She clocked 10.80s for the last furlong.”

Taunton Vale sold her younger sister to Jim Taylor for $18,000 at this year’s Magic Millions.  Named Point Taken, she looks another early winner for her sire after finishing a close-up third at the Belmont 2yo trials on Monday behind Kiss The Breeze (Star Witness) and Princess Pierro (Pierro).

Demerit has been joined by King’s Troop at Taunton Vale this year.  The Redoute’s Choice stakes sprinter is a three-quarter brother to Australia’s champion sire Snitzel and is standing for a $2,750 (inc gst) service fee. 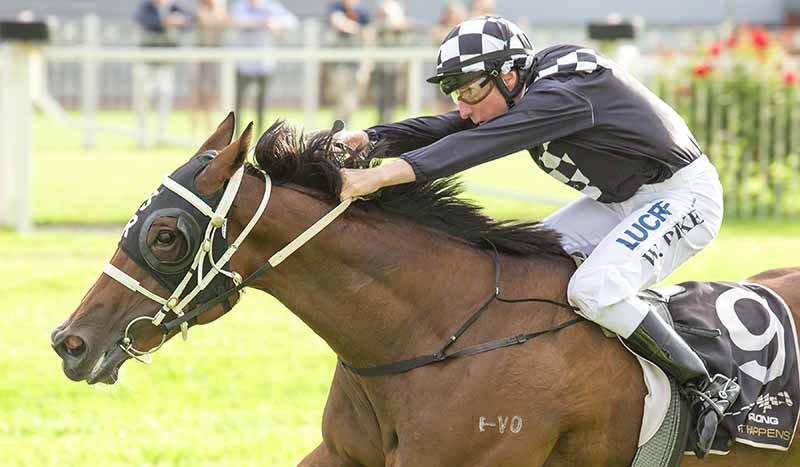