Mogumber Park sire Natural Blitz has been overlooked by broodmare owners to such an extent he won’t have any 2yo starters this season.

So it’s been a pleasant surprize for the Bullsbrook couple to see him sire new-season Belmont winners Just Act Natural and Blitzem Someday plus $100,000 Coolgardie Cup winner Bollywood Blitz.

“You may see that Natural Blitz only has a few going round but they are Saturday winners,” Brown tweeted.  “Talk about value at $2,750 for a nomination.”

A Group 2 winner at Caulfield, Moonee Valley, Rosehill and Eagle Farm, Natural Blitz was also Group 1 placed in an Australian Cup at Flemington before retiring to stand in WA.  He stood at Rangeview Stud, Touchstone Farm and Cromartry Park before moving to Mogumber in 2012.

His best gallopers have been Destroy (LR Bunbury Cup) and Ningaloo Blitz (Albany Cup) until Bollywood Blitz began climbing through the grades with 6 wins in his last 7 starts at Ascot and Kalgoorlie.

The Craig Wright-trained galloper is unbeaten this season and will step up to stakes level after wins in the Mayoral Cup, Goldrush Hcp and Coolgardie Cup (1760m).  “I was confident because he just doesn’t let you down,” Wright said after the Kalgoorlie hat-trick on Sunday.  “He got the run of the race and was tough through the line.”

Bollywood Blitz is raced in partnership by Cromartry Park breeder Colin McKenzie and is a half-brother to Single Warrior (Duelled) who won 6 times in Perth and Victoria.  His owners will now decide whether to stretch out to the LR Boulder Cup (2100m) on September 17 or drop back in distance for the LR Hannans Hcp (1400m) on September 20. 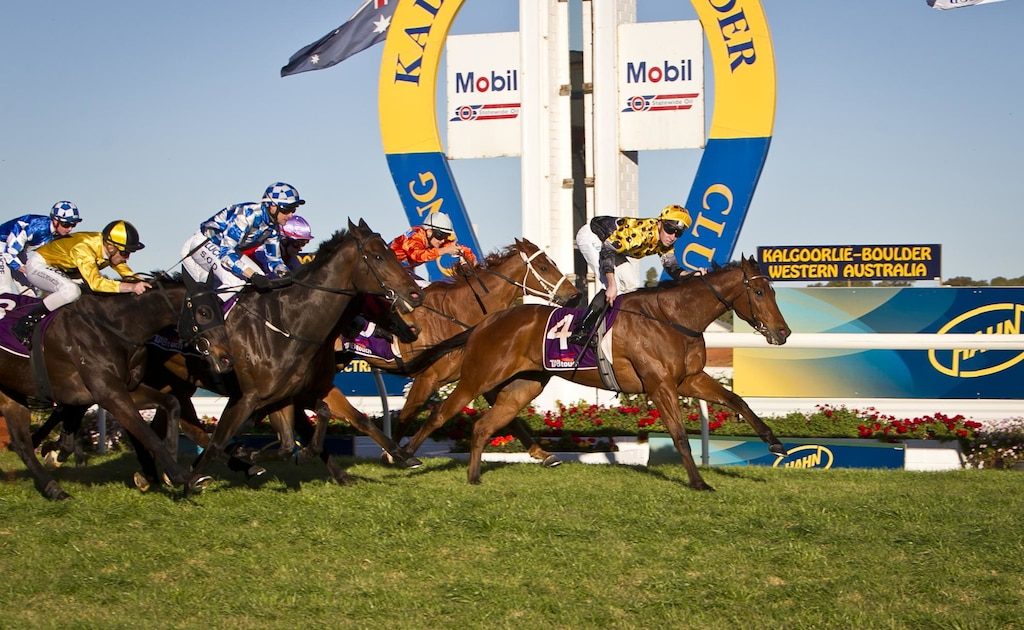