Lindsay Park trainer David Hayes can continue his winning connection with Western Australia at the Cox Plate meeting this Saturday.

Hayes owns Boom Time outright and has a share in Petrology with Amelia Park’s Busselton-based owner Peter Walsh.  Their goal this weekend is the G2 Crystal Mile (1600m).

Petrology (Fastnet Rock) is a tough customer who turns up every campaign for cheques totalling $650,000.  The latest win was the Travis Harrison Cup over a mile at Moonee Valley and he’s knocking on the door after a rousing third in the G1 Toorak Hcp (1600m) at Caulfield.

“He’s very fit and deserved a shot at the Toorak,” Hayes said.  “He has been rocketing home without quite getting there but will be hitting the line again on Saturday.  He clocked the best sectionals in the Toorak and Cory (Parish) will ride him quietly in the back half even though he’s drawn well.  I think he’s an each-way special.”

Hayes has kept him ticking over with at least a run a month since April and there’s tentative plans for a trip west targeting the G1 Railway Stakes (1600m) and G1 Kingston Town Classic (1800m).

Stablemate Samovare (Savabeel) has a Group 2 mission of her own in the Matriarch Stakes (2000m) at Flemington on November 11.  She’s an Amelia Park homebred for Walsh and part-owner Brian Bradley who transferred to Lindsay Park after winning the G3 WA Champion Fillies Stakes.

Amelia Park’s Not A Single Doubt half-brother to Samovare topped this year’s Perth Magic Millions when making $325,000 to the bid of Gangemi Racing.

Peter Walsh continues to upgrade his bloodstock portfolio with the purchase of NZ mare Barbara Ann (Elusive City).  A winning half-sister to Group 1 star MacO’Reilly (NZ Stakes & Waikato International), she has a colt at foot by Sacred Falls and is in foal to Ocean Park.

Closer to home, Belmont Oaks winner Rosmartini (Proart) was purchased off the track recently and her first cover is to Scenic Lodge sire Snippetson.

Amelia Park mare First Affair will also return home when she finishes racing with Adam Durrant.  The Saxon 5yo improved her record to 7 wins in 24 starts with a last-start victory at Bunbury and will replace her dam Black Maiden (Blackfriars) who has been pensioned. 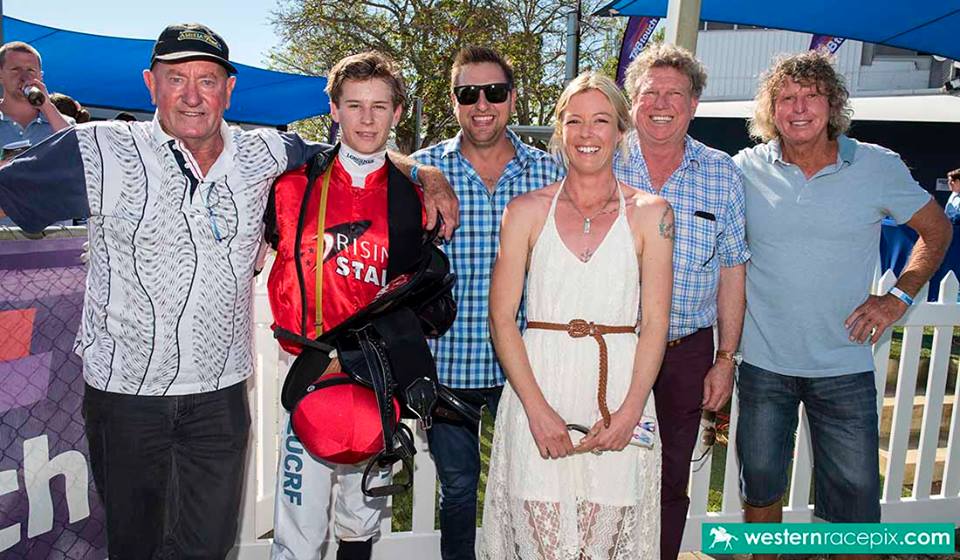