The Gingerbread Man 3yo will be the flag-bearer for Walsh at the Perth summer carnival following news Petrology won’t be heading west next month.  His Melbourne-based gelding pulled up lame in front following the G2 Crystal Mile at Moonee Valley earlier on Saturday.

Achernar Star will continue his current campaign in the LR Fairetha Quality (1400m) and G2 WA Guineas (1600m) following a short-neck victory over a game Gigante.  “He’s a horse going places,” trainer Simon Miller said.  “And that was a pretty good win against older horses.

“He was a bit unlucky first-up at Bunbury but had come on a bit behind the scenes.  He got the drop on them today and will get better as he goes further.”

Walsh races the chestnut in a syndicate that includes Adrian Harrod, Josh Hardy and Dan Jancec.  They have banked $361,750 topped up by Westspeed bonuses of $112,500 since a successful bid at the 2016 Perth Magic Millions.

Bred and sold for $75,000 by Korilya Stud’s Ellie Giles, he won Belmont and Ascot juveniles last season prior to close-up seconds to Lucy Mae in the RL Magic Millions Classic and G2 Karrakatta Plate.

The Fairetha will be run a few hours after the G2 Matriarch Stakes at Flemington on November 11.  Amelia Park homebred Samovare (Savabeel) will be one of the favourites for the Matriarch on the back of a close second in the G3 Coongy Hcp at Caulfield.

Achernar Star’s older half-brother Man Booker won the 2015 WA Guineas and jockey Chris Parnham believes he can take the next step.  “We got into a good position and he sprinted well in the straight.  I thought we were going to get rolled at one stage but he fought it out and I’m sure there’s more improvement to come.” 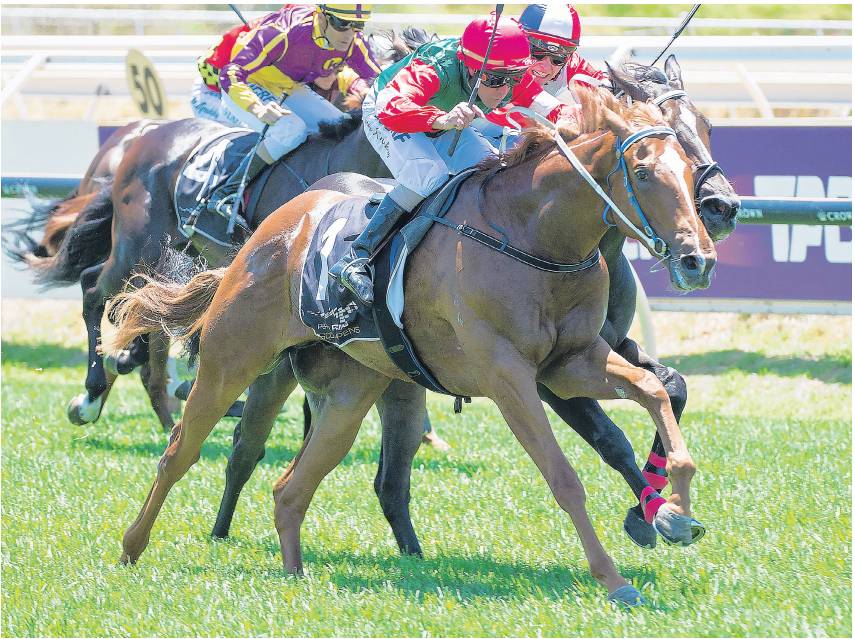