My Girl Hayley powered home in the C3 Accounting Hcp (1200m) and trainer Tony Gollan attributes her consistent form to regular dips in the aqua-pool.  “She’s part of the swimming team and loves the water,” he said after the $60,000 city-level victory.  “She’s thriving and hasn’t been out of the first two in five starts this prep.”

The Bradbury’s Luck mare had won on debut at the Sunshine Coast in August 2015 but spent the majority of last year on the sidelines.  “She had always shown us a lot of ability,” Gollan recalled.  “But then she was injured and was out for a long time.”

My Girl Hayley’s dam My Girl (Iglesia) is a half-sister to Buck’s Pride (G2 BTC Cup) and she cost $44,000 at the 2014 Magic Millions March yearling sale.  Her current owners include Gollan’s wife Jane.

Bradbury’s Luck unearthed another filly with untapped ability at Beaudesert on Monday.

Trainer Kelly Doughty labelled Boasting the most promising horse in her stable after an amazing last-to-first victory in the Burleigh Town Village Maiden (1200m).  Racing for the second time, she was spotting the leaders a dozen lengths before being set alight by Michael Cahill to score by three pulling up.

“The slow start wasn’t the plan – especially at Beaudesert,” Doughty joked.  “I’m thinking ‘oh my god’ we are no hope.

“It’s a tricky track and normally you have to be up in the first half dozen to be a chance.  But she came right around the field and had them beaten on the home turn.  It was absolutely crazy.”

Boasting is bred on the same Bradbury’s Luck – Iglesia cross as My Girl Hayley.  She is a homebred for John & Diane Rounsefell and her dam Moppett was an Eagle Farm winner for the couple before retiring to stud.

Bradbury’s Luck has his first Sunspeed foals on the ground at Yarradale Stud.  “They’re good sorts and we’re very happy with them all round,” manager Bernie Hamill reports.  “There’s a lovely filly closely related to In Cahoots.”

The filly is from Petite Belle (Brocco), a half-sister to the dam of Bradbury’s Luck stakes winner In Cahoots (LR Caulfield Village Stakes). 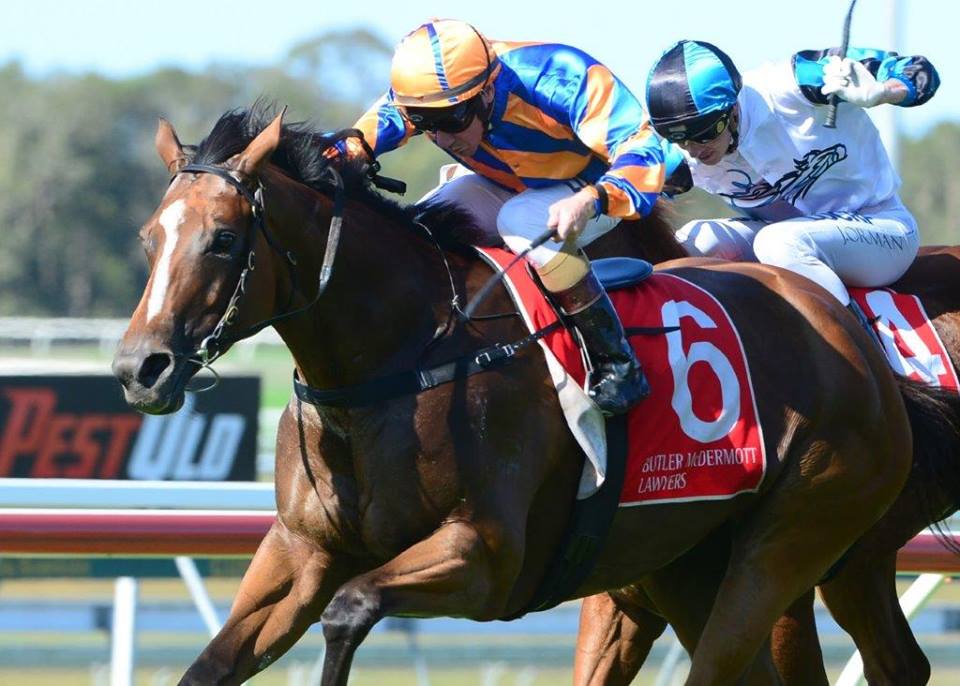