Salorsci (Discorsi) claimed the first-leg at Belmont in the D’Orsogna Hcp (1000m).  The Yarradale-bred sprinter was racing first-up and attacked a wall of horses at the furlong to score by a long-head.

Trainer Jeff Noske declared the 4yo has Group 1 potential after improving his record to 5 wins from 6 starts.  “He’s a fighter and it was a gutsy performance today.  He gets his head in front and then keeps going.  We want to get him out to a mile for the Railway Stakes.”

Salorsci is from Fortunate Sally (Salieri) and is a half-brother to LR Pinjarra Cup winner Simply Adorable (Blackfriars).  Noske bought him as a weanling for a mere $3,000 at the 2014 Magic Millions Winter Sale and he’s earned $242,300, including $87,500 in Westspeed bonuses, for a large syndicate headed by his wife Jody.

The Noskes went back and bought his half-brother by City Place for $20,000 at the Yarradale Stud yearling sale in May.  The final foal out of Fortunate Sally, he has been named Salcity.

Yarradale sire Vital Equine (Ire) chimed in when Rockon Tommy maintained his unbeaten record in the Amelia Park Beef Plate (1300m).  He completed a rapid hat-trick after winning a Northam maiden on September 14.

“He’s green but Peter (Knuckey) reckons he got an engine,” Eglinton trainer Bill Doughty said.  “He’s still learning but we’ve got time to see if he’s ready for a race like the (G2) WA Guineas.”

Doughty bred Rockon Tommy from Sushi Quatro (Key Business) and he has another two fillies from the mare by Universal Ruler.  She hails from a family nurtured by Gervase Park’s Chris and Anthea Gales.

Yarradale stands Vital Equine in Serpentine at Rosalee Park and its draft for the 2018 Perth Magic Millions will include a Vital Equine filly from Sweet Apparition.  The Canny Lad mare is a half-sister to the dam of last month’s LR Hannans Hcp winner Disposition.

At Flemington, Silent Sedition remains on track for the Melbourne Cup carnival after going down less than two lengths first-up in the G1 Gilgai Stakes (1200m).  The War Chant mare cut a foot while spelling and she will be peaking for the G1 Myer Classic (1600m) back at Flemington on November 4. 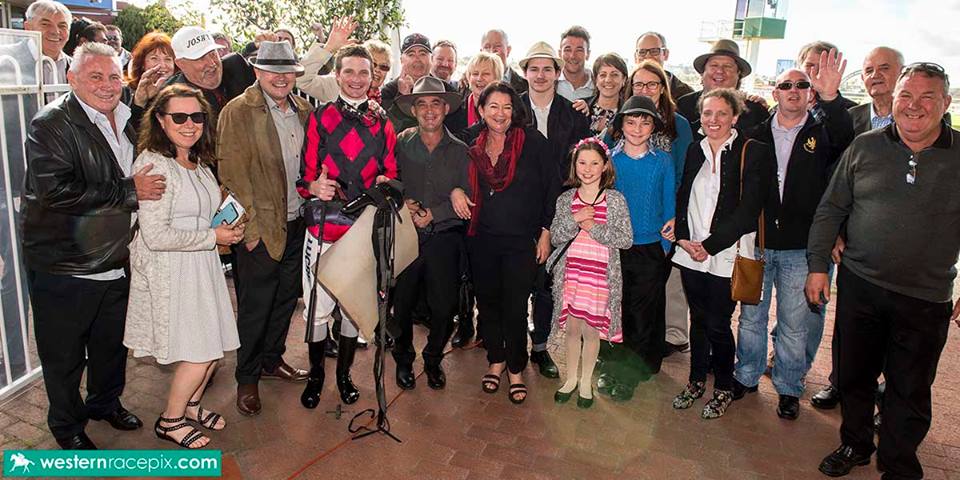