Serpentine owner-trainer Jarrad Humphries produced him second-up in the Happy Birthday Kevin Holland Maiden (1300m).  After lobbing outside the leader Total Disc (Discorsi), the chestnut kept up a strong gallop in the straight to score by three-quarters of a length.

Goodluck Simba was bred by Kim Loxton of Ferrari Racing & Breeding in Serpentine.  His dam Goldikova (Danish Harmony) is a half-sister to LR Belmont Guineas winner Mr Diagnosis and the dam of Melbourne Group 1 star Moment Of Change.

Gingerbread Man completed a rare double last season winning the WA 2YO Sire title as a freshman.  He sired Ascot 2yo winners Achernar Star and Very Angry Gal in his first-crop and his second sold to $170,000 at the Perth Magic Millions in February.

A Group 1 winning son of Shamardal, he was Singapore’s Champion 2YO and 3YO before Yarradale Stud owner Ron Sayers signed him to stand at Gidgegannup in 2013.

Yarradale sires and the Stud’s associates provided 4 of the 8 winners in the Avon Valley on Wednesday starting with She’s Vital, a daughter of Vital Equine who stands by arrangement with Rosalee Stud at Serpentine

Superior Smile (Patronize) chimed in with a second Northam win this season for Karnup trainers Dan and Colin Pearce.  Yarradale bought into Patronize after an encouraging start to his career at Darling View Thoroughbreds and the extra numbers have boosted his books at Mundijong.

The Pearce brothers closed the card with Don’t Fuss.  And like his stablemate, the lightly-raced son of former Yarradale sire Scandal Keeper was winning for the second time in as many months at Northam. 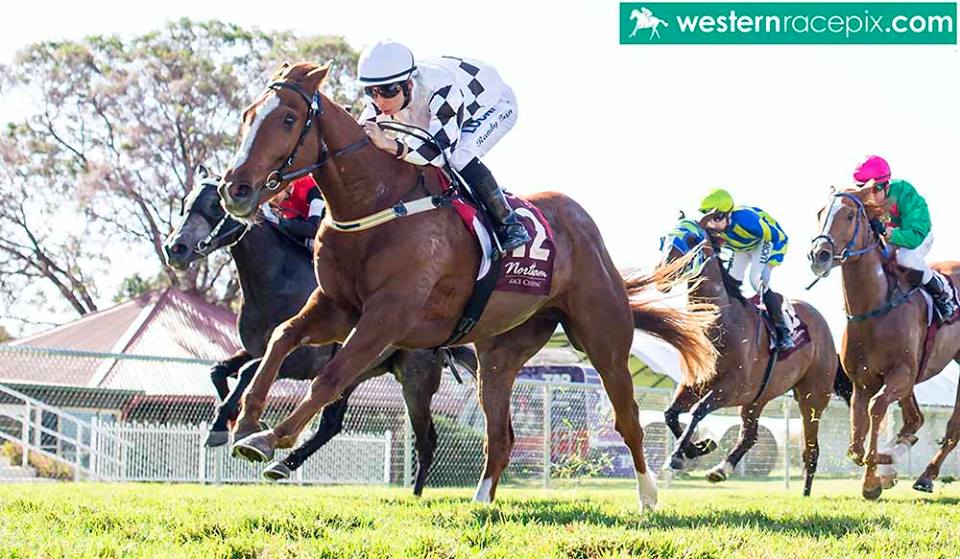