The Globetrotter gelding firmed into $5 before an on-pace victory in the Cohuna IGA Hcp (1100m) at the Gunbower Cup meeting.  Jockey John Robertson tracked front-runner Dothraki Princess and then held off the closers to score by a neck from Cheap Tycoon.

Carrying 60kg and a conspicuous black brow-band, Harlem Star had been set specifically for the Cup day sprint back in August.  “It’s very satisfying when it pays off,” Vanderfeen said.  “John bounced him out of the gates and had him travelling all the way.”

Globetrotter (Street Cry) won the G3 Breeders’ Cup 2YO Stakes at Woodbine and, after being sidelined with a leg injury at three, returned to finish a close second in the G1 Charles Whittingham Memorial at Hollywood Park.

South-west breeders Robbie and Colin Smith stand him in association with trainer Brendon Fitzgerald for a $2,500 (inc gst) fee.  “He’s a lovely-natured stallion and is a gentleman to work with,” Robbie Smith said.  He can be contacted on 0428 521 166 / rgnsmith1960@gmail.com 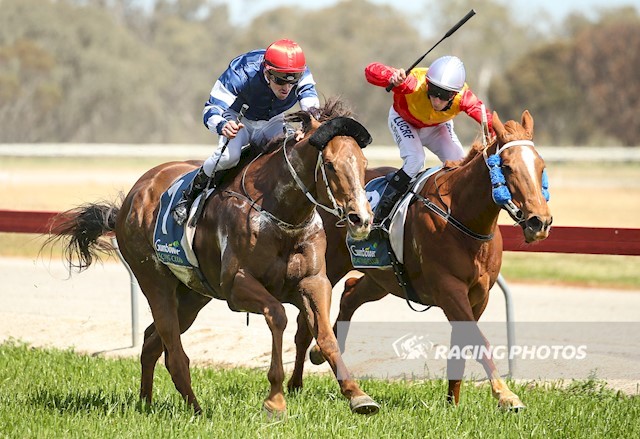