Speedy mare too good in Goldfields

Demerit mare Don’t Speed finished the Goldfields season with a well-deserved victory in the Vissign Australia Hcp (1760m) on Sunday.

She was a front-running winner in June and had been beaten less than a length on another three occasions before the final day in Kalgoorlie.

“She’s consistent but has been a bit unlucky,” part-owner and trainer Dean Nazzari said.  “It’s a long season and she will go down for a three-month spell in Esperance.  The spring grass down there will do her the world of good.”

Don’t Speed is the first foal of Sunspeed (Speed Week) who also won in Kal before bone chips ended her career.  “I raced the dam with Roy Harper and Martin Epis and a few mates – Brian Barnicott, Brett Royle & Jamie Flannery – have joined the partnership.

“We decided to send Sunspeed to Demerit in his first book,” Nazzari added.  “He’s by Lonhro and was a Group winner in Melbourne.  We’re happy with the way it’s turned out and he’s siring some quality horses in Perth.” 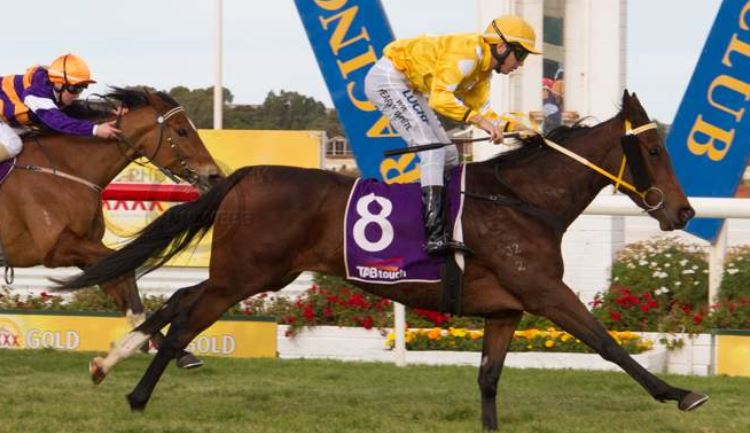