Best Guess in command for Snippetson

Snippetson sprinter Best Guess has continued his upward arc this season with a commanding victory at Rosehill.

The Chris Waller-trained gelding was a straightforward winner as the $2.30 favourite in the Jaydub Electrical Hcp (1200m) on Saturday.  His tactical speed has been the catalyst for 4 wins in 9 starts since a Gosford maiden in April.

“We were a bit concerned the track might have been a little bit too firm but he’s done it very easily,” stable manager Charlie Duckworth said.  “He’ s a very fast horse and has a beautiful temperament.”

Best Guess is a homebred for former NSW TAB chairman Gary Pemberton and is out of his Gold Coast winning mare Miss Judge (Al Maher).  She is from a British-bred half-sister to Likely Story (LR Chester Queensferry Stakes) and is related to former Oakland Park sire Xaar.

Winning jockey Blake Shinn was impressed after riding Best Guess for the first time.  “He drew the rails and I put him straight on the speed.  He led, dominated and was too good.”

Snippetson is still open for late bookings at Scenic Lodge for a $6,000 (plus gst) service fee.  He has sired 9 winners in the last fortnight to sit second on the WA sires’ premiership with earnings of $714,400 since August 1.

The first locally-bred yearlings by Snippetson will be catalogued for the Perth Magic Millions in February.  He also has a Sunspeed half-brother to Group 1 mare Silent Sedition being offered as Lot 727 by Berkeley Park (as agent) at the Gold Coast Magic Millions in January. 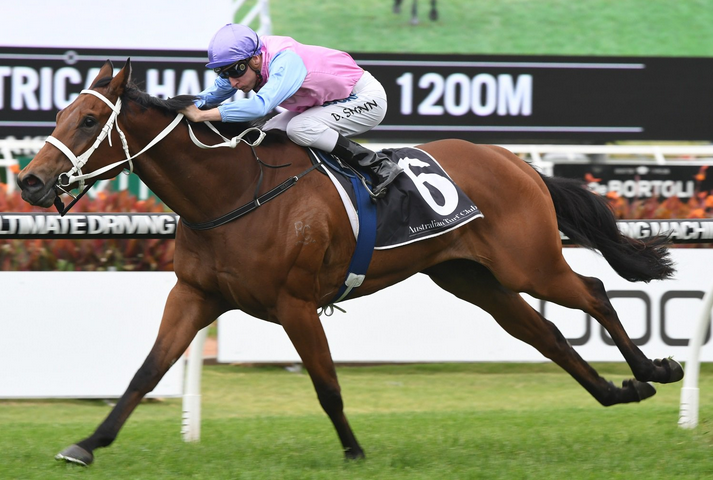