WA-bred stayer Boom Time flew out to Tokyo on Monday in readiness for an historic assignment in the G1 Japan Cup (2400m) on November 25.

The G1 Caulfield Cup winner will represent Lindsay Park owner-trainer David Hayes who won the Japan Cup with legendary galloper Better Loosen Up in 1990.  “He had no excuses out of the Melbourne Cup except he didn’t stay the two-miles,” Hayes said.  “They’re very good stayers in Japan and have been for a long time.”

“I think Boom Time will run well although he’s not in the same class as Better Loosen Up,” Hayes added.  “But it’s an opportunity that’s hard to turn down with the bonus on offer.”

Boom Time was bred by Kim Loxton his Serpentine-based farm in 2011 using Flying Spur over Snippets mare Bit Of A Ride.  It’s been well-documented that he sold the gelding to Hayes earlier this year but the gelding still has family links in the Sunspeed State.

His dam Bit Of A Ride was covered by Champion WA sire Blackfriars at Scenic Lodge on the morning of his Caulfield Cup victory.  And his half-sister Sentoki (Haradasun) has been covered by God Has Spoken, a Group 2 winning son of Blackfriars, at Rivercrest Park. 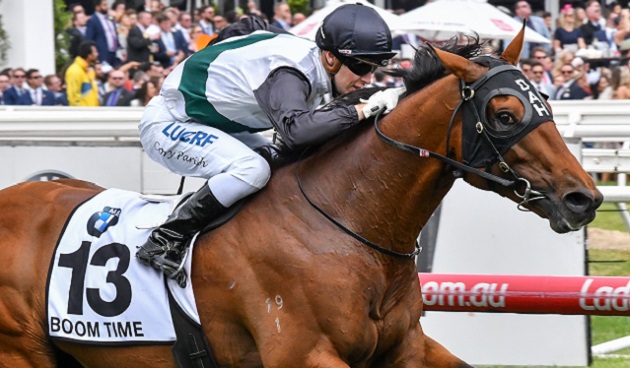