Unbeaten filly Fabergino has treated racegoers to a taste of things to come with a sprinting exhibition at Ascot.

With a wing on every foot, the grey flyer stopped the clock at 57.75s in the Amelia Park Plate (1000m) on Saturday.  Jockey Fred Kersley said it a “jaw-dropping” performance and trainer Tiarnna Robertson called her an “exciting” filly for the future.

Fabergino had turned heads at her only other start in April with a front-running victory at Ascot.  “She was set for this race six weeks ago,” Robertson revealed.  “We were going to trial her until the dates were changed but she had been working strongly and I knew she was fit enough to win first-up.

“She’s still maturing and has a lot to learn.  She can be difficult to handle but there’s no point fighting her.  That’s why we will keep her to these 1000m races for now.”

Fabergino is raced by a partnership that includes her breeder Jim Anderson.  He bought the filly’s dam Miss Razyana (Danzero) for $36,000 at the 2013 Magic Millions National Sale.  She won at Canterbury for Gai Waterhouse and is related to G1 Coolmore Classic winner Camino Rose.

Anderson also raced her sire Maschino and retired him to Alwyn Park after a career that generated 7 wins topped by a Group 3 victory in the R J Peters Stakes (1500m).

Maschino (Encosta de Lago) was an explosive sprinter-miler and is from a three-quarter sister to leading Queensland stallion Hidden Dragon.  There have been four other starters to date from his first-crop including Thirsty Work, a last-start second at Belmont for Rhys Radford. 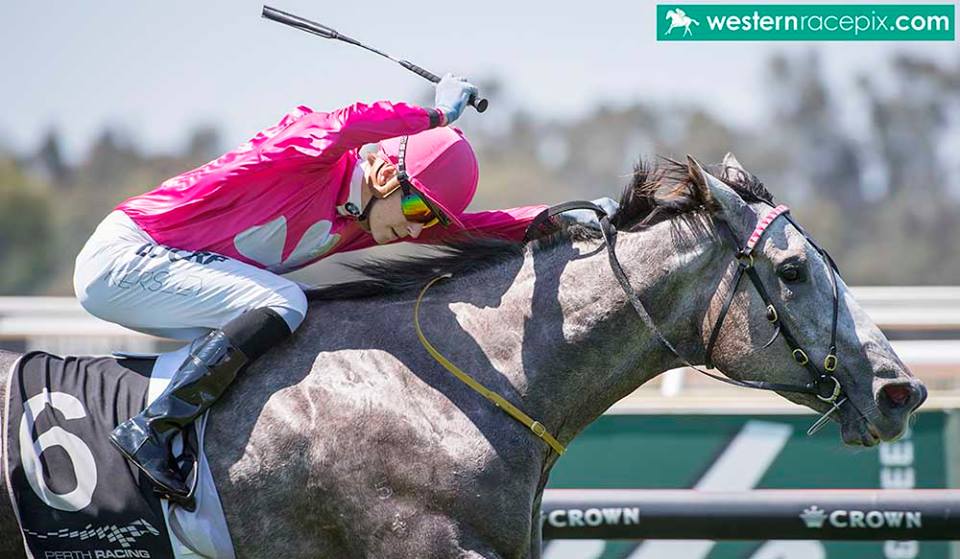