WA-bred filly Secret Lady will be set for the Magic Millions 2YO Classic instead of the G1 Golden Slipper following her first win at Rosehill on Saturday.

Secret Lady had run second at Rosehill on debut earlier this month and that experience played into her hands during a one-length victory in the Golden Gift (1100m).  She was bred and sold by Gold Front Thoroughbreds for $150,000 at this year’s Perth Magic Millions.

“The owners want to go to the Gold Coast,” trainer Gary Portelli said referring to the $2 million Classic on January 13.  “She is owned by a ladies syndicate from Aquis Farm so there’s a bonus which goes with the prizemoney, too.

“I wouldn’t try to set her for both the Magic Millions and the Slipper.  I think that’s too hard for a filly.  She has always been a bit above average so we’re looking forward to next year.”

Secret Lady (Choisir) was bred by Gold Front owners Alan and Sue Olive from For Your Eyes Only (Bletchley Park) who had registered Listed victories in the Gimcrack Stakes, Ascot 1000 Guineas and Beaufine Stakes

They purchased the mare from Harvey Crossman in December 2011 and outbid several Eastern States studs to keep her in Western Australia.  She has a yearling filly by Blackfriars and foaled a Written Tycoon colt last month.

Meanwhile, Gold Front has announced Dan Morton will take over training its team at Ascot.  His father Len will be based at Gold Front’s state-of-the-art facility near Gingin.

Brent Albuino, who was private trainer for the Olives, has taken up a position with Victorian trainers Leon and Troy Corstens to run their new satellite stable in Geelong. 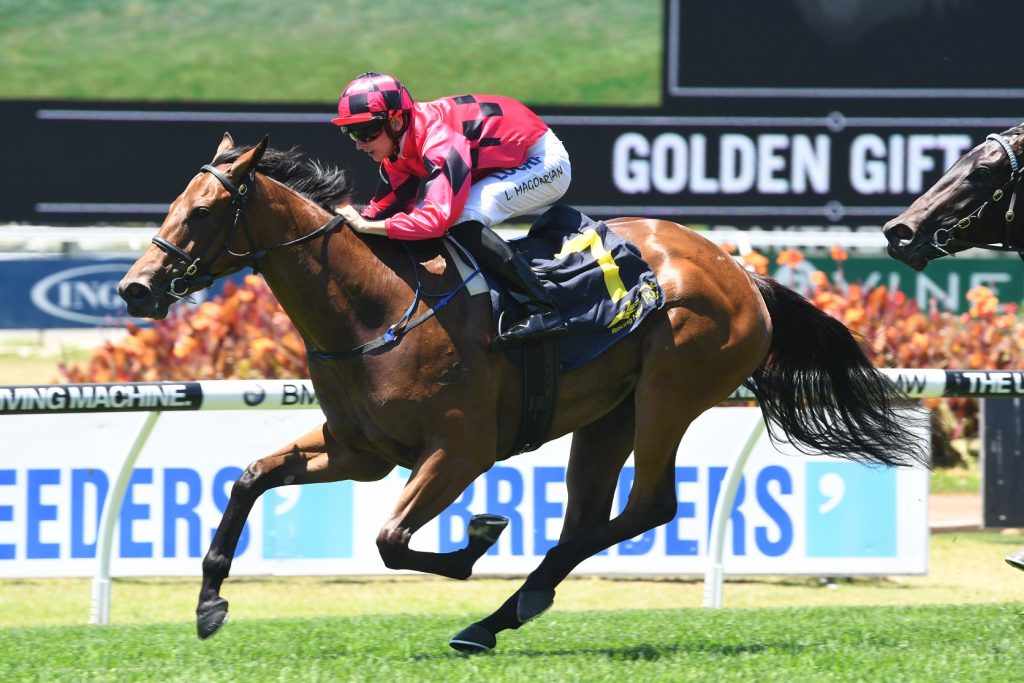