Mungrup Stud rode a rollercoaster of emotions during an exciting afternoon’s racing at Ascot on Saturday.

Properantes, a rejuvenated son of Mungrup sire Danehill Express, won the G3 R J Peters Stakes (1500m) but the Great Southern nursery was denied a feature double an hour later when Private Dancer, a daughter of Mungrup champion Oratorio, was nosed out of the G3 Champion Fillies Stakes (1600m).

The close call came just a day after Due Sasso mare Inflagrante died after being struck by lightning at Mungrup.  Owned by Perth lawyer Tom Percy QC, she had delivered an I’m All The Talk filly in August and was in foal to Playing God.

“I was very confident he would go well today but he’s a Group 3 horse – that’s his limit,” Webster said.  “He’s honest and sound and was ridden a perfect race by Peter Knuckey.”

Properantes (6g Danehill Express – Scala’s Quest by Marooned) was a $20,000 buy from Mungrup Stud’s consignment at the 2013 Perth Magic Millions.  He won the LR Raconteur Stakes in 2015 and the second black-type strike lifted his earnings to $521,850 including Westspeed bonuses of $95,000.

Webster has his 2yo half-sister by Playing God on the books at Ascot and their dam foaled an I’m All The Talk filly last month.

The tension was palpable for fellow Ascot trainer Trevor Andrews when Private Dancer fought off odds-on favourite Mikimoto in the Champion Fillies only to be nailed in the last stride by Art Critic.

Art Critic (Sebring) was imported to WA by Jake Anthonisz after being foaled in the Hunter Valley however, in an ironic twist, her dam Left Alone (Don’t Say Halo) was bred by Mungrup owners Gray and Jan Williamson! 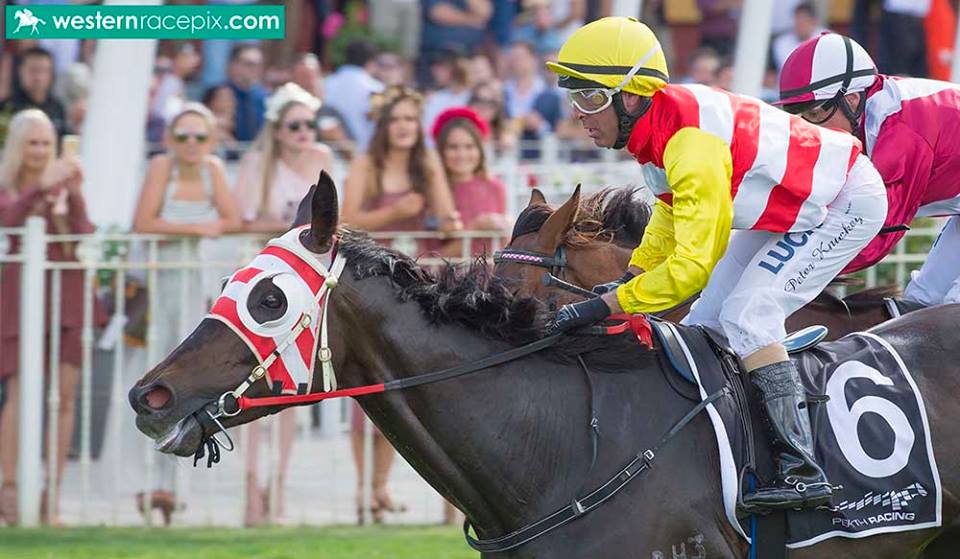