Mungrup Stud has announced Danehill Express succumbed to a heart-attack at its Great Southern property on Thursday.

“Danehill Express was a real character and was part of the family,” Mungrup posted on Facebook.  “He was here for 9 years and most recently sired last week’s G3 R J Peters Stakes winner Properantes.”

A Listed winner of the Gothic Stakes at Caulfield for trainer Brian Mayfield-Smith, Danehill Express was also Group 1 placed behind Al Maher in the 2005 Australian Guineas at Flemington.

His stud career was delayed by a severe leg injury that required surgery at Murdoch University.  Recovering from the life-threatening paddock accident, he covered his first mares in 2008 and was still active, albeit over smaller books, in recent years.

At last count, Danehill Express had sired 136 individual winners following The Danehill Rose who opened his account at Ascot in February 2012. 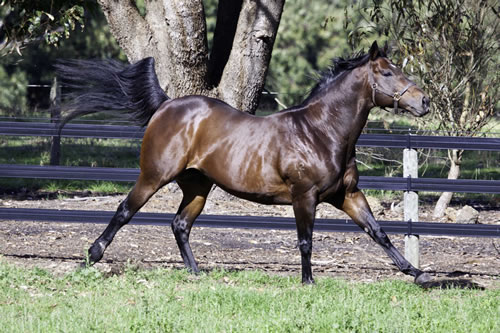