It’s a wonder Carolina Reaper ever made it to the races after facing some life-threatening hurdles as a foal at Yarradale Stud.

The Frost Giant (USA) colt was orphaned at one month but he’s made of sterner stuff and that was evident during his second-up victory over Sanantorio (Oratorio) and King Of Planets (Planet Five) in the Argonaut Plate (1100m) at Ascot on Sunday.

“Everyone at the farm was glad to see him win,” Yarradale manager Bernie Hamill explained.  “When his dam Hot Tamale died we couldn’t find a foster mare with milk.  He was raised on formula from a bucket and looked after by one of our old nanny mares Dark Hope.

“She loved him like her own and let him nurse off her even though she had no milk.”

Carolina Reaper was offered as Lot 2 at the Yarradale Stud yearling sale in May and trainer Paul Jordan was happy to take him home despite the earlier setbacks.  He was even happier when the grey colt took a rails run to land a sting that saw his odds tumble from $21 into $12.

“He cost us $32,000 and that’s 70 big ones in the back-pocket,” Jordan said referring to the prizemoney combined with a Westspeed bonus.  “He was unlucky on debut here a fortnight ago but got the breaks today.”

Carolina Reaper is owned by a Lima Syndicate managed by Harvey Crossman and is a half-brother to War Chant winners Saturia and Habenera.  Crossman and Jordan also raced Cool Intrigue who opened Frost Giant’s account in Australia this time last year.

Frost Giant (Giant’s Causeway) shuttled to Yarradale for two seasons from Keane Stud in the USA.  The Kentucky-bred stallion won the G1 Suburban Hcp (2000m) at Belmont Park and was Champion first and second second-season sire in New York. 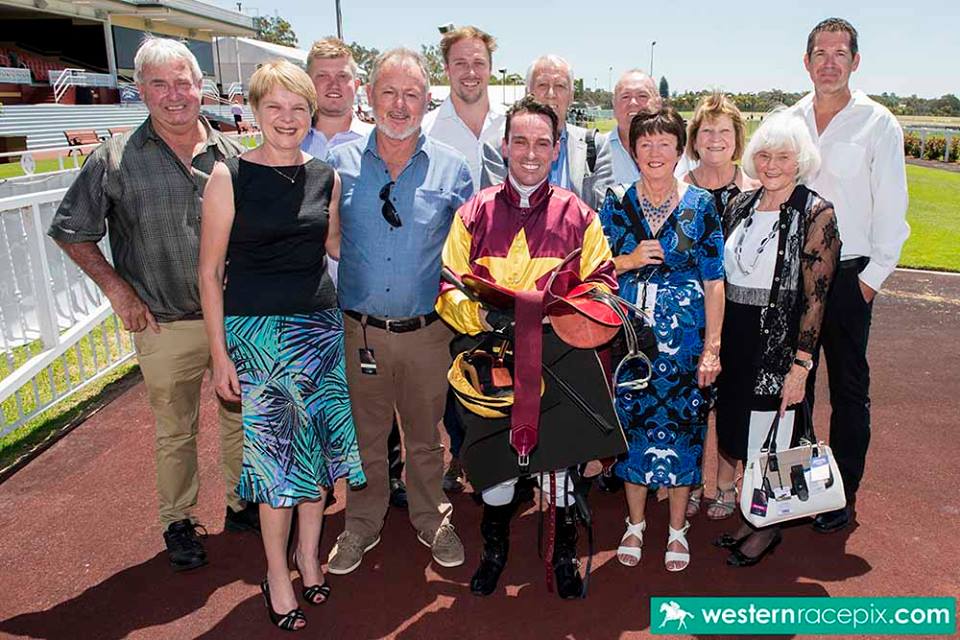