Racing second-up after a break, she ranged up to the leaders and responded to win the City Of Ballarat Hcp (1200m) on Monday.  It was her first victory since New Year’s Eve at Echuca.

Red’s Sister Rosie had been tried up to 2000m during her last campaign but winning jockey Harry Coffey believes she can make the grade as a run-on sprinter.  “She had to go back from a bad barrier first-up at Bendigo and only went down a head.  She was hard to hold going to the gates today but raced in a nice rhythm and saved herself for a sprint from the 600m.

“I felt like she was always going to win but it ended up being closer than I anticipated.  She got the job done and can go on from here.”

Red’s Sister Rosie and her younger brother Harlem Star, a last-start winner at Gunbower, are trained by Aileen Vanderfeen at Bendigo.  They are both by Globetrotter from Angels Star (King Of Kings) who is from a half-sister to stakes winners Encores, Irradiate and Sir Laurence.

Globetrotter (Street Cry) won the G3 Breeders’ Cup 2YO Stakes at Woodbine and, after being sidelined with a leg injury at three, returned to finish a close second in the G1 Charles Whittingham Memorial at Hollywood Park.

South-west breeders Robbie and Colin Smith stand him in association with trainer Brendon Fitzgerald for a $2,500 (inc gst) fee.  Robbie Smith can be contacted on 0428 521 166 / rgnsmith1960@gmail.com 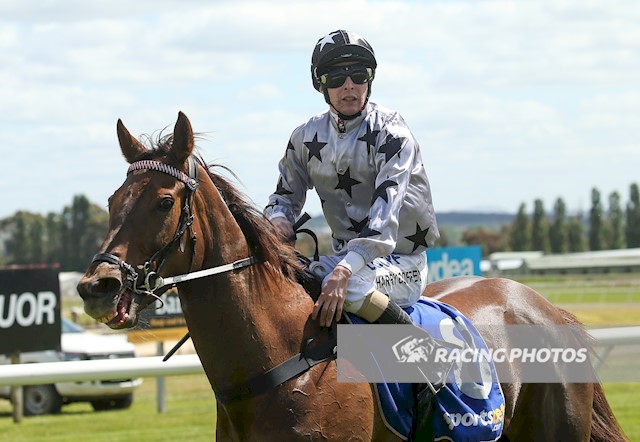