Classic Smile, the dam of War Chant (USA) mare Dainty Tess, has foaled a full-brother to the G3 Prince of Wales Stakes winner at Yarradale Stud.

Not surprisingly, Classic Smile (Bletchley Park) will be bred back to War Chant this season. “Her latest foal is not unlike Dainty Tess,” Yarradale manager Bernie Hamill reports. “Not overly tall but he’s all there.

“The mare was out on lease to Queenslea Park owners Allan and Aaron Morton when she foaled Dainty Tess. Hilary Williams has her yearling colt by War Chant and he will go through the 2018 Perth Magic Millions.”

Chantski is another War Chant (USA) stakes winner with a full-brother on the ground at Yarradale. A nicely-balanced colt, he looks a fair bit like his sister who won a LR Gimcrack Stakes at Ascot.

Their dam Endesa (Marauding) has promising 2yo filly Soy Tan Rapido in work with Simon Miller. “She’s by Patronize and her name means ‘I’m so Fast’ in Spanish,” Hamill said. “We retained her because Endesa isn’t getting any younger.”

Yarradale is looking forward to her first start following impressive trials wins at Lark Hill and Belmont in October.

Chantski delivered her first foal last month – a filly by Written Tycoon – and she has been covered by Zoustar. Simon York has remained a partner in Chantski after racing her with Ron Sayers and Cliff Nock.

Yarradale mare Soldier’s Lass also foaled a War Chant colt after a rocky start to her breeding career. The 2014 WATC Matchmaker Classic winner lost a War Chant foal first-up and missed to him the following year. 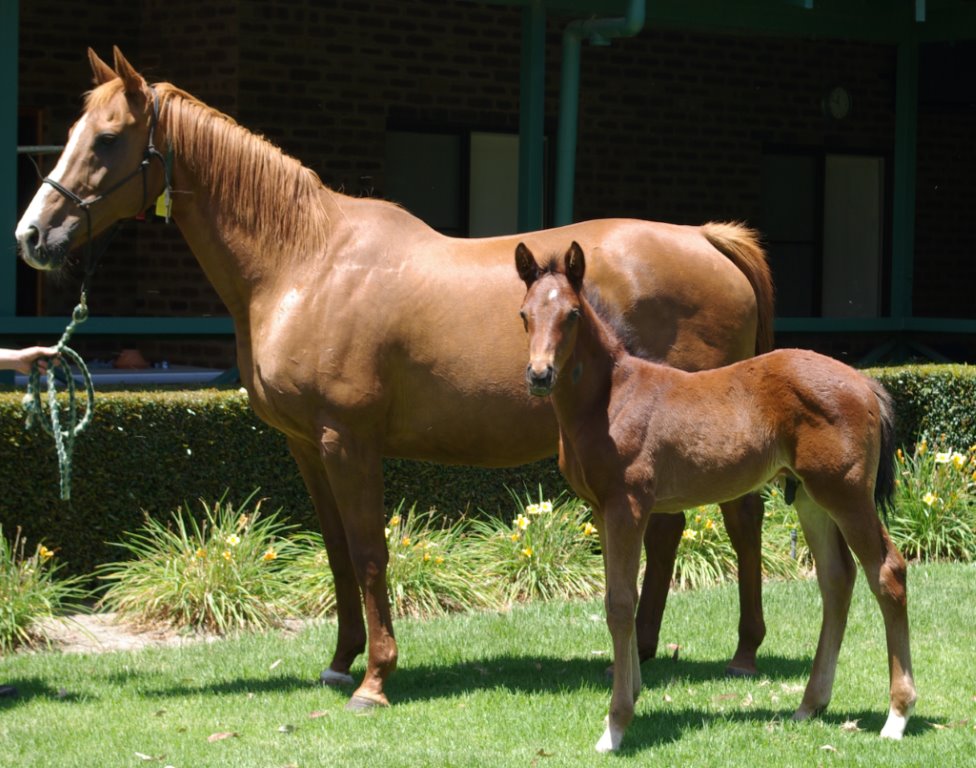