Taunton Vale resident Demerit has continued his rise up the WA sires’ table with a $66,000 windfall from promising 3yo sprinter Arrum Boy.

Arrum Boy (3g Demerit – Gold Caviar by Bel Esprit) ran down front-runner Rubia Miss by a half-length in the Crown Towers Plate (1200m) at Ascot on Saturday.  He’s a homebred for Steve and Darryl Litton of Hamlin Bay Thoroughbreds and was coming off a black-type placing in the LR Placid Ark Stakes.

He races in the same colours as Puteri Jewel who opened Demerit’s account at stud on Perth Cup day in 2015.

“They wanted me to book one of the visiting jockeys but I stuck with ‘Shooter’ today,” Wolfe said as Shaun McGruddy brought the winner back to scale.  “We had a good rider on a good horse.”

Arrum Boy is the first foal of Gold Caviar who retired a maiden after 10 starts.  She has a Trade Fair yearling colt entered by Taunton Vale as Lot 216 for the 2018 Perth Magic Millions and she foaled another Demerit colt in August.

“He drew a good gate and we were able to get into a forward position,” McGruddy said.  “He had to settle well back from outside barriers at his last two runs and that went against him with the short straight here.  For a stride or two, I was concerned we may not catch Rubia Miss but he was spot on today and reeled her in.”

Demerit (Lonhro) is flying this season and will be challenging for Top 5 position on the Sunspeed ladder if his Victorian-based gelding Don’t Blush Baby completes a hat-trick at Caulfield this Saturday. 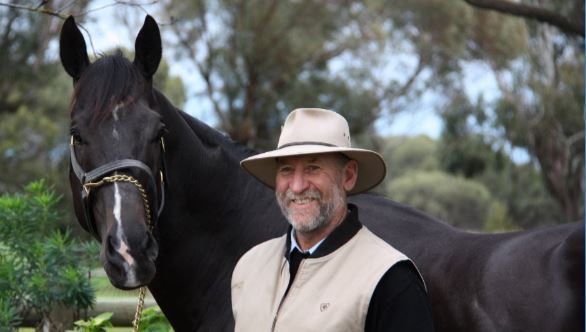