Fogarty owns Cape Falls Thoroughbreds in Wilyabrup and he’s on a winner with Paris Petard’s promising 3yo filly Seeking Alpha.  She is being tipped for a bright future after a brilliant debut at Cranbourne last week.

Paris Petard (Mujahid) had been a profitable performer for Oakland Park winning black-type in the 2006 WA Sires’ Produce Stakes, Belgravia Stakes and Gimcrack Stakes.  Oakland owner Neville Duncan didn’t have as much luck with her in the breeding barn – she failed to foal a winner – from covers with Viscount (twice) and Bletchley Park.

Paris Petard was among a 30-mare dispersal from Oakland Park and they totalled $1.64 million at the 2011 Autumn Sale.  Fogarty sent her Pierro first-up and Seeking Alpha is the result.

“I’m going to stick with this filly,” jockey Damien Thornton said after piloting Seeking Alpha in the Zaparas Lawyers Maiden Plate (1200m).  “She’s still learning and was off the bridle early.  She picked them up easily but then made hard work of it.  A mile will be her go in another six months.”

Fogarty retained Paris Petard’s 2yo colt Driftstar (Sepoy) and he’s with Simon Miller at Ascot.  The mare foaled another colt – by Lonhro – in August.

Cape Falls flag-bearer First Among Equals (Exceed And Excel) is spelling after a below-par campaign in Melbourne.  He has earned $673,680 with Miller and his 11 wins are headed by Listed victories in the Pinjarra Classic, Bolton Sprint, Belmont Newmarket and Northam Sprint. 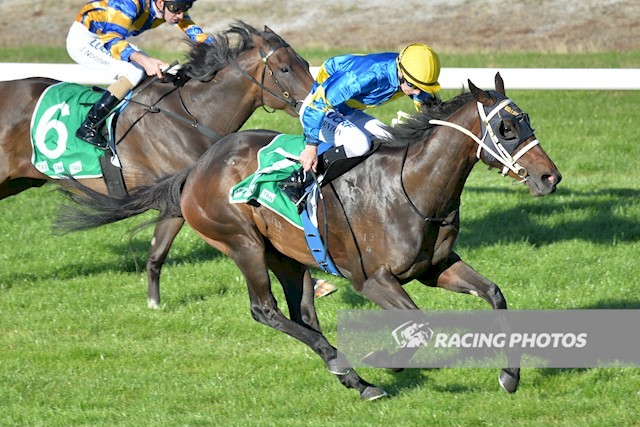