Moodometer is the gift that keeps giving for Steve Wolfe and Mungrup Stud.

Wolfe prepared Moodmeter to black-type victories in a G3 WA Oaks and LR Sheila Gwynne Stakes for $300,000 in prizemoney.  She’s been equally productive at stud with a perfect record from four foals to the races.

The well-timed double coincided with the release of the 2018 Perth Magic Millions catalogue which includes a Playing God – Moodometer filly catalogued by Mungrup Stud as Lot 105.

Al De La is raced by Ernesto Di Prinzio and Ascot trainer Phil McLeod after making $37,000 at the 2016 Perth Magic Millions. He was nailed in the last stride by Riasc in an Ascot juvenile last year and broke through in the Owners Only Maiden at Bunbury when stretching out to 2000m for the second time this season.

Wolfe bought Gauged for $30,000 at the 2014 Magic Millions and the grey gelding has paid his way this year with wins at Albany and Mt Barker (2). His older sister Sooky Lala Wolfe won her first two starts for Wolfe in the Great Southern.

Mungrup champion Oratorio also weighed in with a double at Bunbury on Wednesday with Fire And Rain and Tango Ora. He has been the most commercial local sire at the Perth Magic Millions in recent years as befits a stallion who has been crowned WA Champion 2YO Sire five times since 2011.

Oratorio has 23 lots entered for the 2018 Perth Magic Millions and among Mungrup’s consignment is the colt from Scuffs (Lot 282). A Mungrup homebred, she won a LR Summer Scorcher & LR Australia Day Stakes and Scuffy (Oratorio) maintained her spotless record at stud at Belmont in September. 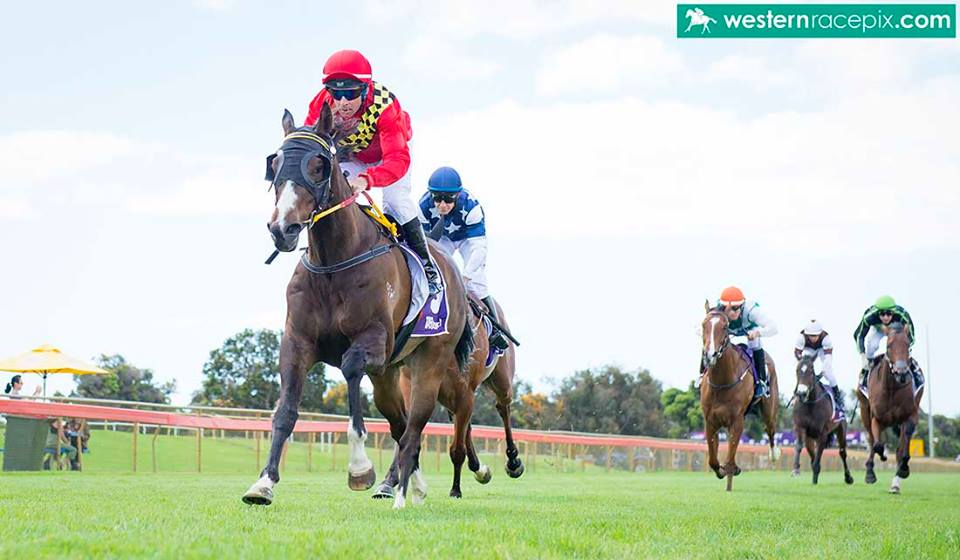