Mogumber Park graduate American Joy is the latest 3yo filly to come through the ranks for Peters Investments this season.

The progressive daughter of Americain (USA) is destined for better company after a running double at Pinjarra (1500m) and Bunbury (2000m) in December.

Leading owners Bob and Sandra Peters have any number of options for a staying 3yo filly in the autumn culminating with the G3 WA Oaks (2400m) in April.  Their black-type winners in that division this summer have been Perfect Jewel (G2 WA Guineas) and Mikimoto (LR Burgess Queen Stakes).

Mogumber Park owners Colin Brown and Fiona Lacey sold American Joy as a weanling for $35,000 at the 2015 Magic Millions National Foal Sale.  They had paid the same amount for her dam Newstar Lass at the 2014 Inglis Great Southern Sale.

Another Mogumber Park graduate from the 2015 Magic Millions Foal Sale is Gary Moore’s 3yo gelding Auchentoman (Denman) who won first-up at Wyong on December 21.  His dam Exchanges (Domesday) was a member of Safeguard’s first book at Mogumber Park in 2015 and was covered by him again this season.

Safeguard (Exceed And Excel) was a Group 3 winner at Randwick and Caulfield for Sheikh Mohammed.  He heads the list of first-season sires at the 2018 Perth Magic Millions and Brown is prepping seven of his yearlings in Bullsbrook. 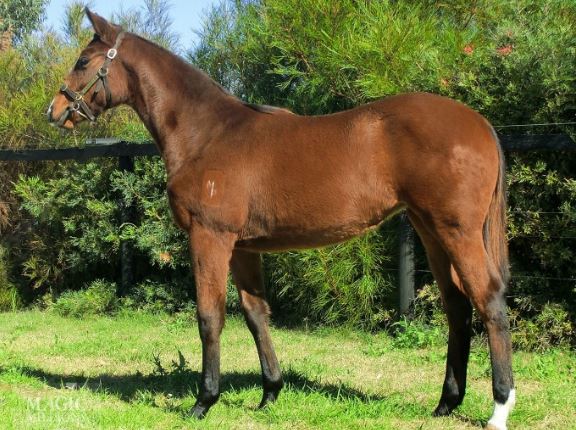