Kendel Star, one of Australia’s oldest active sires, has died at Rivercrest Park in Stratham.

“He passed away peacefully on Sunday night,” Rivercrest owner Steve Hoare said.  “He did have a good innings but hadn’t been crook so it was a bit of a shock.”

The 27 year-old son of Kenmare didn’t get any positives from the mares he covered this season, however, he does have five foals on the ground including a full sister to Candlelight Star who won three races at Ascot last season.

Hoare guided Kendel Star’s career in WA after he arrived from stud duties in Queensland.  “Greg Maclou purchased him to stand over here in 2002,” he recalled.  “I looked after him at Cromartry Park and Fernville Stud before we bought Rivercrest Park.

“He was a real character, a lovely horse who wouldn’t bite or kick.  We’re going to miss him.”

Kendel Star was a tough campaigner for several seasons in Melbourne winning 9 races and was also stakes placed in the 1993 Bill Stutt Stakes at Moonee Valley.

He was the last son of Kenmare at stud in Australia and the sireline had been especially popular in Western Australia with Metal Storm, Verglas, Tribu and Kenvain.

The best of his progeny has been He Or She who won five in a row at the 2015 Ascot summer carnival before transferring to Lindsay Park for a career-high victory in last year’s G2 Blamey Stakes at Flemington.

Rivercrest Park begins a new chapter at the 2018 Perth Magic Millions with the first yearlings by God Has Spoken.  A powerhouse son of Blackfriars, he won five stakes races at Ascot and was placed in G1 Kingston Town Classics behind Sniper’s Bullet and Luckygray.

“He will serve over 70 mares with plenty of late covers this season,” Hoare said.  “We received 8 bookings last week and 6 of them were maidens.  He’s super fertile and one of his mares this season was Boom Time’s half-sister Sentoki.” 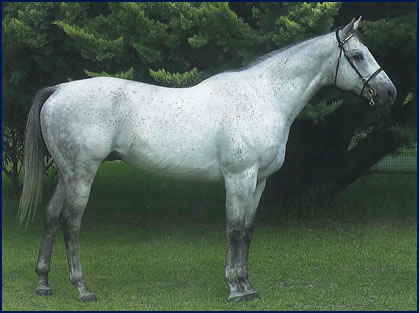