Home Room for improvement in 2018

Room for improvement in 2018

War Chant (USA) is bound for a big year in 2018 with news his G2 WA Guineas winner Variation will head east for the autumn carnival in Melbourne.

He will join War Chant star Silent Sedition who was given a limited spring campaign to concentrate on a possible defence of her G1 William Reid Stakes crown at Moonee Valley in March.

The Yarradale Stud champion unearthed another sprinter with unlimited potential at Ascot on Saturday when his 3yo gelding War Room defeated Godolphin raider Gaulois in the G3 Sir Ernest Lee-Steere Classic (1400m).

War Room was steadied in front by Lee Newman and, after being headed in the straight, sprinted again to score by a long-head over the Street Cry colt from Sydney.

“He’s unbeaten and the price they bet surprised me,” trainer Darren McAuliffe said. “He still doesn’t know what’s going on but fought back like a top-line horse. He could be sold to Hong Kong but they will have to stump up the cash.”

War Room is the 38th stakes winner by War Chant. He made a quantum leap to Group 3 grade in the Lee-Steere Classic after winning his first two starts at Northam and Bunbury and there’s scope for continued improvement in 2018.

A homebred for a partnership headed by Impressive Racing’s Kevin Berry, he hails from a very successful black-type family nurtured by Heytesbury Stud. 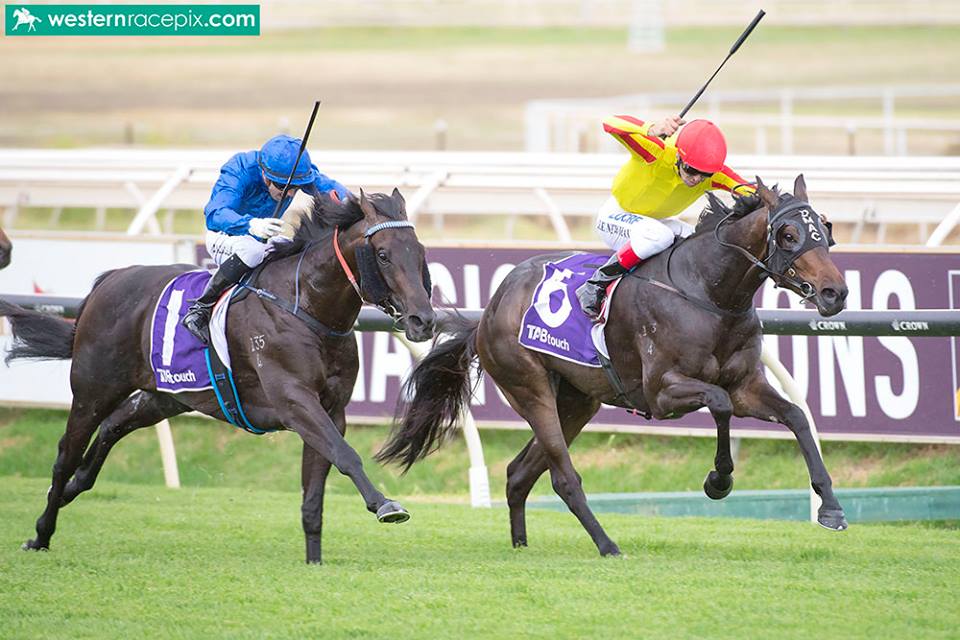