Snippetson steps up for Scenic Lodge

Snippetson will hold the fort at Scenic Lodge following the death of champion sire Blackfriars.

A former Hunter Valley stallion, he won the WA winners (97) and wins (155) premierships in 2016-17 and cracked $1 million in earnings this season over the long weekend.

“Snippetson is a leader in his own right,” Scenic Lodge manager Jeremy Smith said on the weekend.  “Losing Blackfriars was a terrible shock but Snippetson is a proven sire.  And he’s been averaging over 80 mares a season since arriving here in 2015.”

“He’s a stable favourite…I can’t stop smiling,” trainer Jarrod Austin said after the gelding won a two-horse battle with Milwaukee at Warwick Farm.  “He always runs well here without much luck and we knew if he ran up to his best he could finish in the top four.”

Raijinz is a homebred for Emma Clare and is the first winner from NZ-bred mare Jack’s Girl (Shovhog) who won at Rosehill, Randwick and Canterbury.  Her half-sister Jasminka won in NZ and added a stakes race at Doomben for trainer Brian Smith.

Snippetson has a half-brother to Group 1 winning mare Silent Sedition being offered as Lot 727 by Berkeley Park (as agent) at the Gold Coast Magic Millions in January.  There are another 26 yearlings from his first book at Scenic Lodge catalogued for the Perth Magic Millions in February. 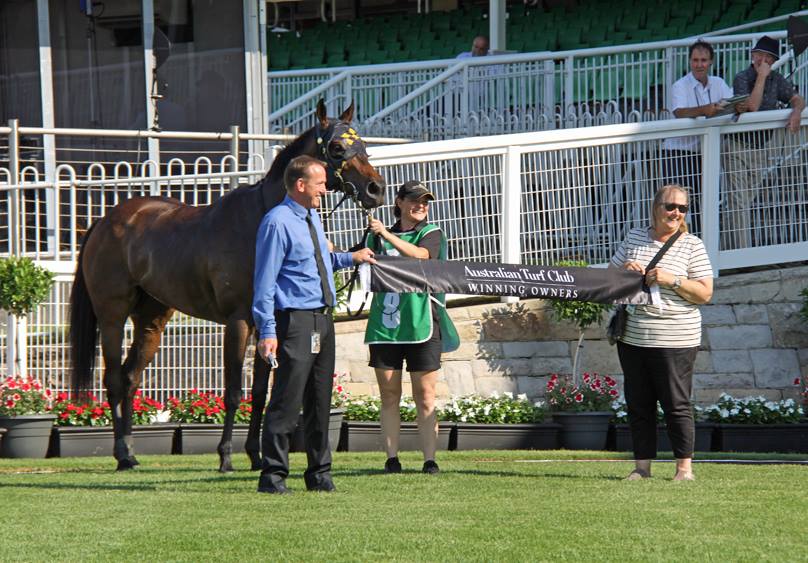